Nora Wright, a resident at Barrington Lodge Care Home was born before the outbreak of the First World War and this week celebrated her 107th birthday.

Nora is still going strong at the ripe old age of 107 and celebrated with a birthday party with staff and fellow residents.

Born in Sunderland in 1912, she moved to London as a 14-year-old to work in domestic service.

She met and married husband Fred Wright, an Army chauffeur, and the couple went on to have a daughter, Theresa, and son, the late Tony Wright.

During the height of the Blitz in London, during the Second World War she returned to Wearside at the request of her father, Tom Cavanagh, who was the Mayor of Sunderland.

Her husband died in 1965 and she moved to Bishop Auckland to be closer to family members. A grandmother-of-three, Nora moved into Barrington Lodge in 2009 where she is comfortably the oldest resident. 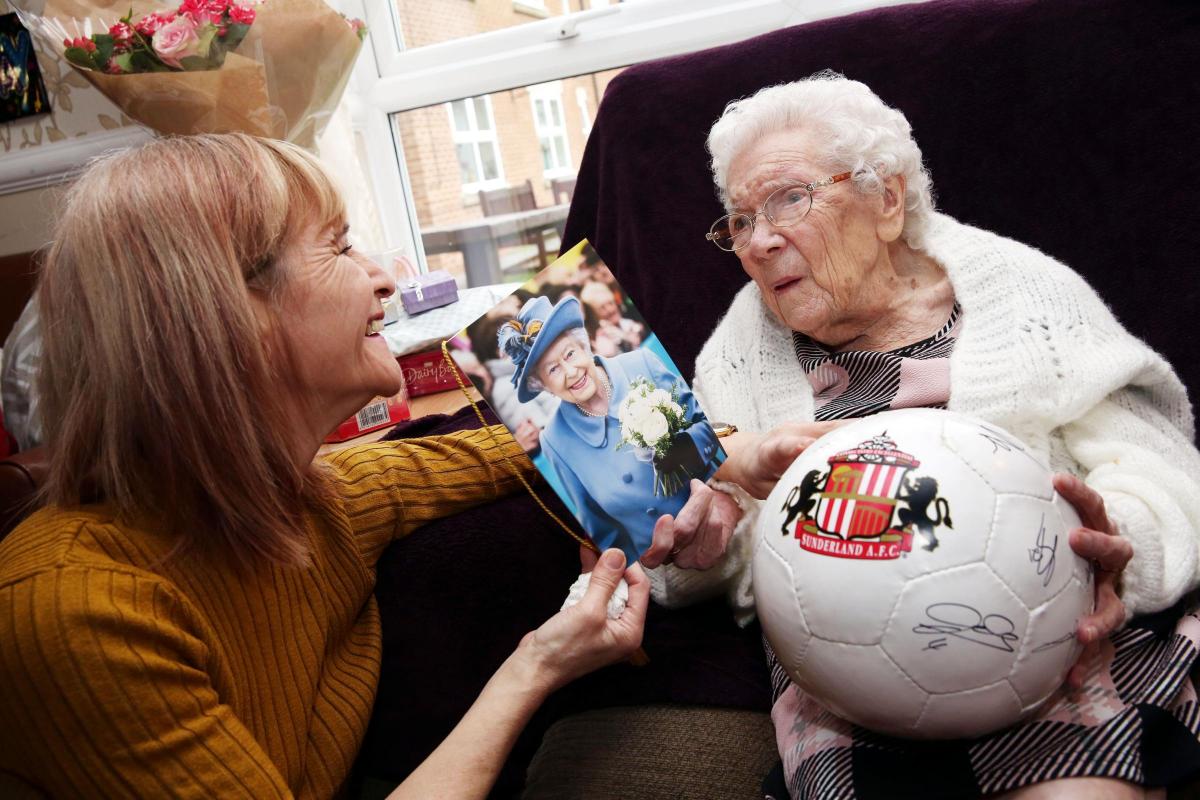