On the 3rd of August, Joan and Alan of Northlea Court Care Home celebrated their 61st wedding anniversary.

They met when Joan was 16 years old outside the cinema in Blyth. Alan jumped the queue and was told off by Joan and that was the start of their relationship.

Whilst they were dating, Joan lived in Blyth and Alan lived in Shankhouse. Time would fly by when they were together, resulting in Alan regularly missing the last bus home. This meant he had to walk nearly five miles. 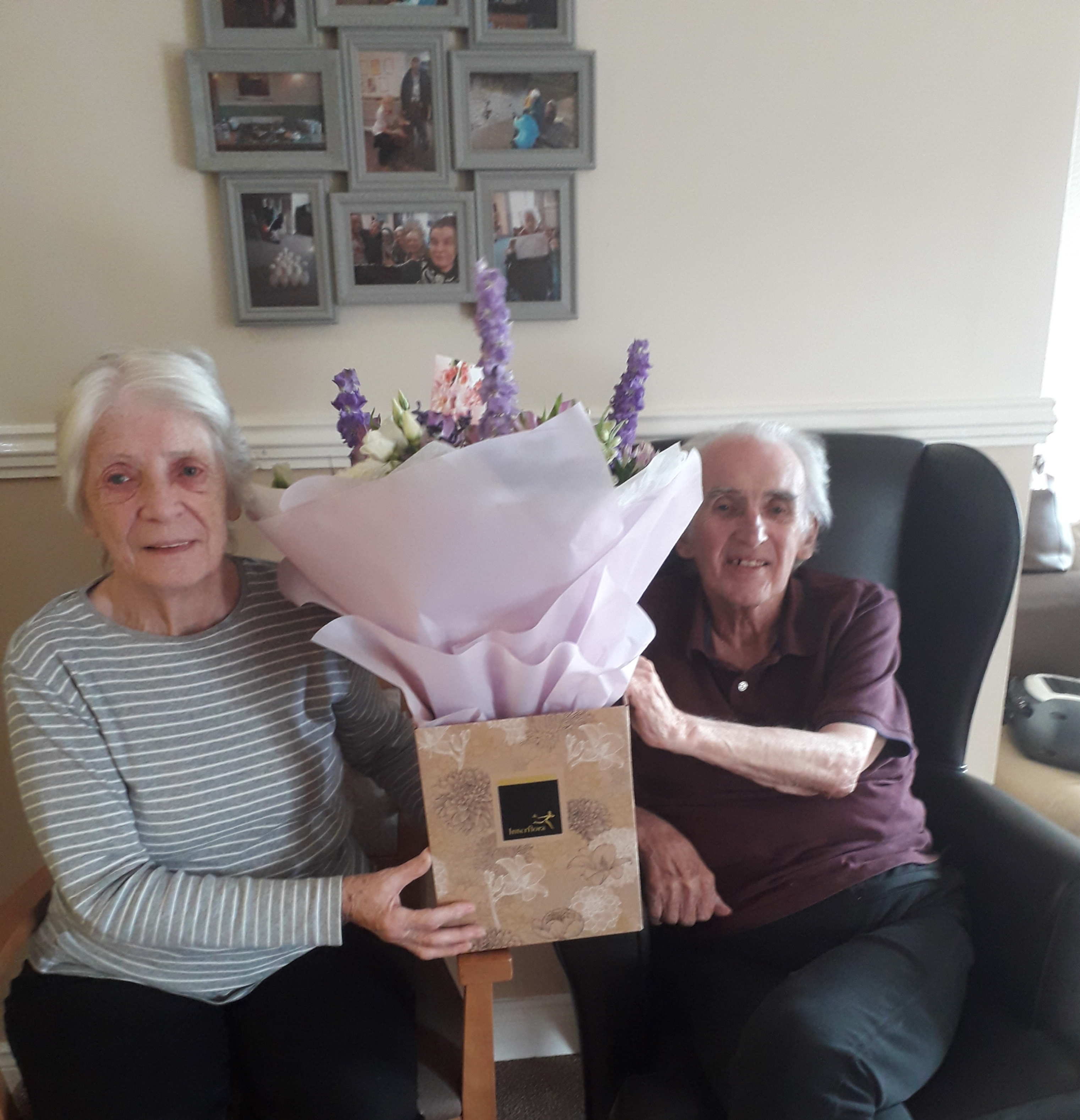