Joan's uncle had emigrated to Australia when he was just 18 years old and the family had lost touch. A friend of Lynton was tracing Lynton's family tree and put a message out on Facebook, which eventually helped to locate Joan and Brad in Northern Ireland.

Until she was contacted by them, Joan had not been aware of the existence of Lynton or Brad - so there was much excitement as they met for the first time.

It was an emotional moment for all concerned, and just like an episode out of Long Lost Families! Everyone at the home is delighted that Joan has been able to connect with these new family members and piece their stories together. 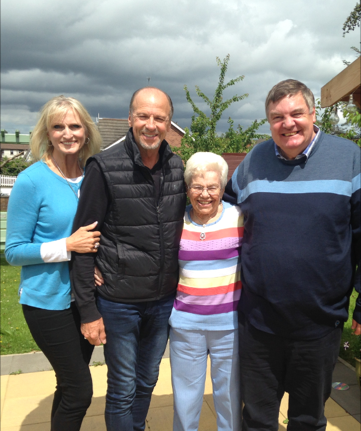