Kingswood Lodge Care Home in Wotton-Under-Edge resident and British Army veteran Brian Harrison had a very special visit last month when his old army friends from the Corps from the Green Jackets came by to see him.

Brian had joined the Army as a boy in 1954, was a QMSI at the Sandhurst Royal Military Academy and in the mid-1970s was the Administrative Sergeant Major in the Small Arms Wing in Warminster, before becoming a Yeoman Warder at the Tower of London.

Brian was also a regular contributor to the journal of the Green Corps and the 'Tower of London Article' was a regular feature throughout the 1980s and 1990s - and the guided tour given by today's Yeomen Warders is an updated one of the one originally produced by Brian.

Brian was ultimately made a Freeman of the City of London - fantastic recognition of his contribution to the Tower of London and the city itself.

It was lovely for Brian to have to time to reminisce and he was delighted when his visitors presented him with lovely gifts including a stunning blue orchid, mug and card.

A very special afternoon for a special gentleman. 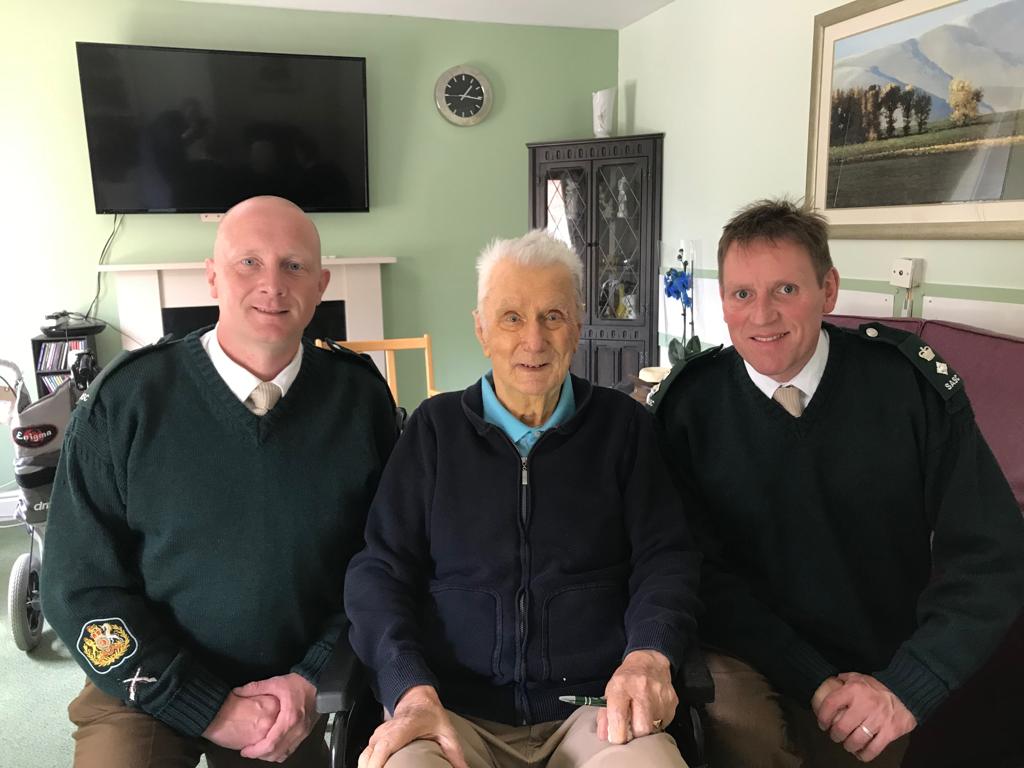