BBC and Boogiebeat film at Cedars and Larches

The Cedars and Larches Care Home in Ilkeston were last week working with BBC Radio Derby to showcase work they have been doing with the local franchise of Boogiebeat to encourage inter-generational musical activities, and highlight the benefits for residents and children taking part.

Boogiebeat have been visiting Cedars and Larches monthly since last September, with children from nearby Pines Nursery joining them for movement to music, stories and songs.

This is actually the third time in the past year that BBC Radio Derby have featured the home in their broadcasts, having previously covered their Royal Wedding-themed summer fair and then returning in August when Madonna turned 60, to find out what advice Cedars and Larches residents might have for the international pop star in her senior years!

The Boogiebeat session cleverly incorporated music familiar to an older audience – beginning with ‘My Bonnie Lies Over the Ocean’ with more modern content – as the whole group tried out some ‘Robot Moves’ - and finished with traditional stories that spanned the generations. Residents were delighted as the children danced along to the music and chatted to them as they handed out instruments and stickers.

The partnership was organised by the home’s two Events Coordinators, Alison Richards and Louise Haywood, and is one of many relationships that the two have developed to make sure that the home maintains strong links with the local community. 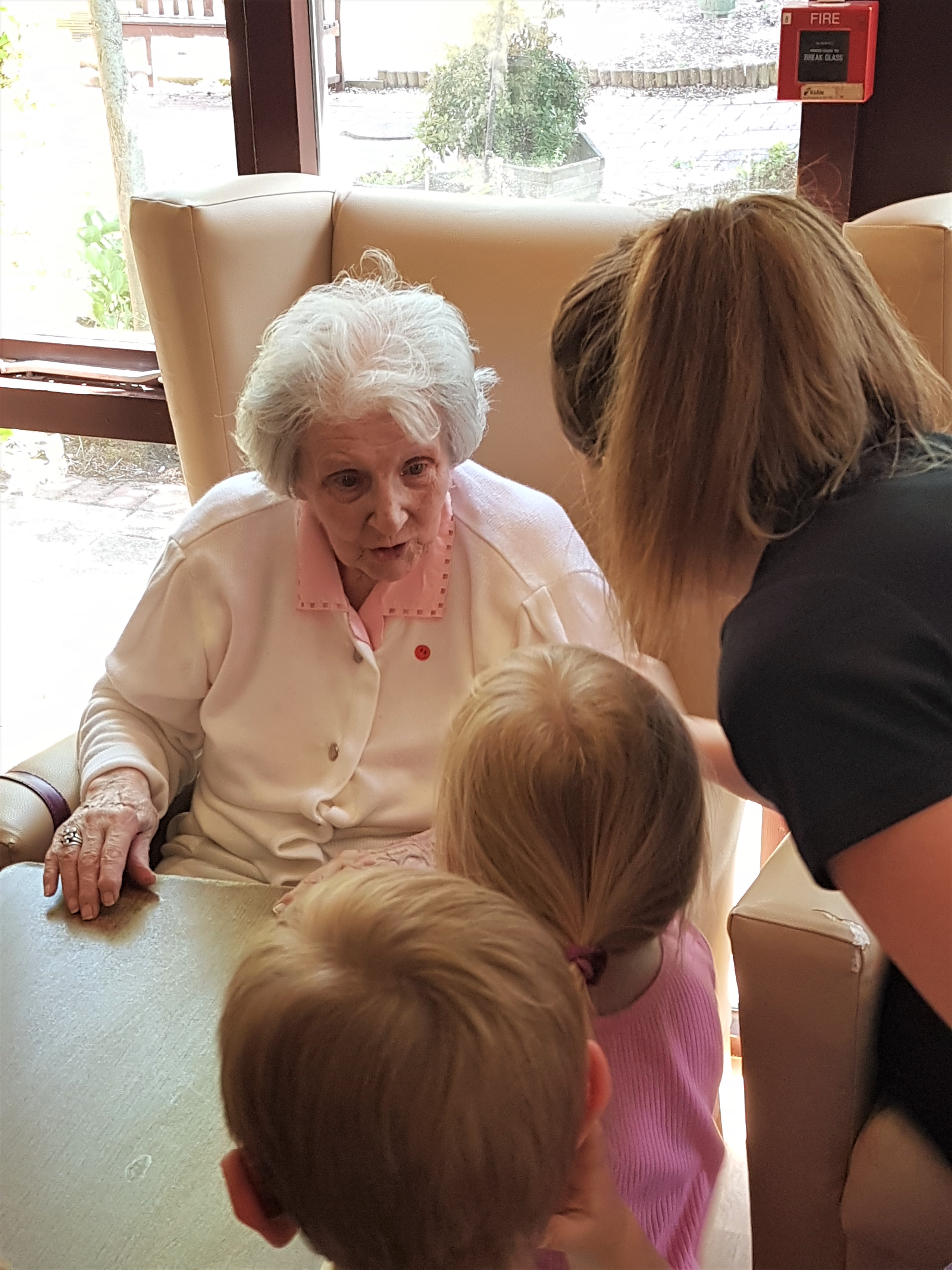