Richard was commended for his passion for providing outstanding dementia care and the way he has gone the extra mile to make a difference and provide special experiences for residents who live with dementia.

Following over 1,300 nominations, Richard was shortlisted with four other colleagues from over 250 Four Seasons Care Homes across the UK.

"Richard lives to create those special moments for our residents – he personifies our values and we are proud to call him a colleague.

Starting as a Carer Richard worked his way up to Senior Carer, Team Leader, Deputy Manager and now Home Manager.

The home often takes emergency admissions, and residents can show traits of severe behaviour problems. Richard spends time getting to know the resident, helping them settle and enabling them to reduce or cease taking their anti-psychotic medication.  He is always available when they need him and is an inspiration to his team."

“Richard is a one-of-a kind manager who works tirelessly for his residents and staff at Cedar Court. He is incredibly dedicated and an inspiration to his team.

“Richard gets to know every resident and family member on a personal level, and is kind and caring in his interactions with them. His larger-than-life personality ensures the home is always full of joy and laughter and a very happy place for residents to be.”

Congratulations Richard from everyone at Four Seasons on a hugely well-deserved award! 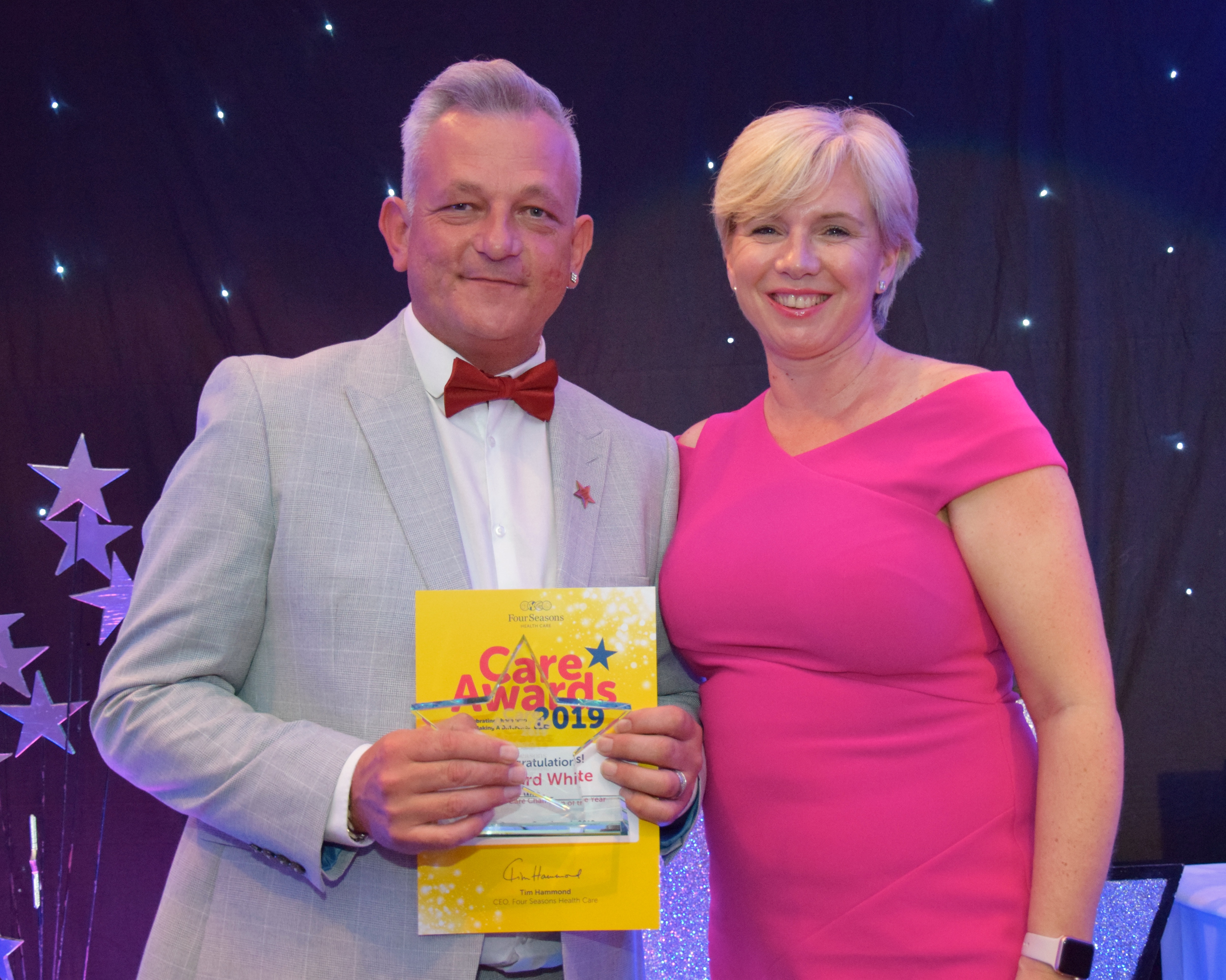