Resident, Frank who is 93, at Pellon Care Centre has some memories of the war he’d like to share during the celebration to the 75th anniversary of VE Day. He said “I was eighteen when the war finished, I was an apprentice joiner so I didn't need to fight as I was fixing factories and helping out then the blackouts happened.

I remember a bomb falling and it demolished a lot of houses. When the war finished I remember that there was a lot of cheering, laughter and dancing in the street.”

It’s really lovely to hear the memories of VE Day from our residents like Frank and makes it the anniversary even more special. 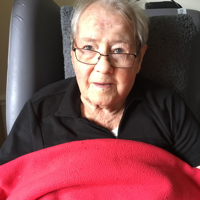