Esther was commended for having championed and developed the centre’s specialist services, whilst demonstrating her dedication to, and advocacy for, the people she cares for.

Following over 1,300 nominations, Esther was shortlisted with four other colleagues from over 250 Four Seasons Care Homes across the UK.

An extract from her nomination read as follows:

“Esther has improved care standards and the quality of life for her residents, nurturing her staff to become the dedicated team they are today - so much so that her deputy was able to step into her shoes when she recently took over management of the frail elderly side of Gilmerton.

“Esther respects her residents as individuals, and always works to help them achieve their potential, whether it be managing to feed themselves or holding down a job in the community. She is a very caring person and shows this in frequently working on the floor with her staff.”

“Esther is a dynamic, innovative manager who ensures Gilmerton Neurological Care Centre consistently delivers person-centred, empowering support. She creates an environment where residents and the staff team thrive together. Recognised for the past four years with ‘5’ ratings in all domains by the Care Inspectorate (the national regulator for care services in Scotland), last year the service saw its rating for leadership increase to an outstanding ‘6’ for Leadership – a Four Seasons’ first.

“In addition Esther led the team in achieving accreditation from Headway, an external service audit that only recognises the best in disability support. Esther is, as one colleague wrote, ‘an inspiration.’”

Congratulations Esther from everyone at Four Seasons Health Care on a fantastic achievement! 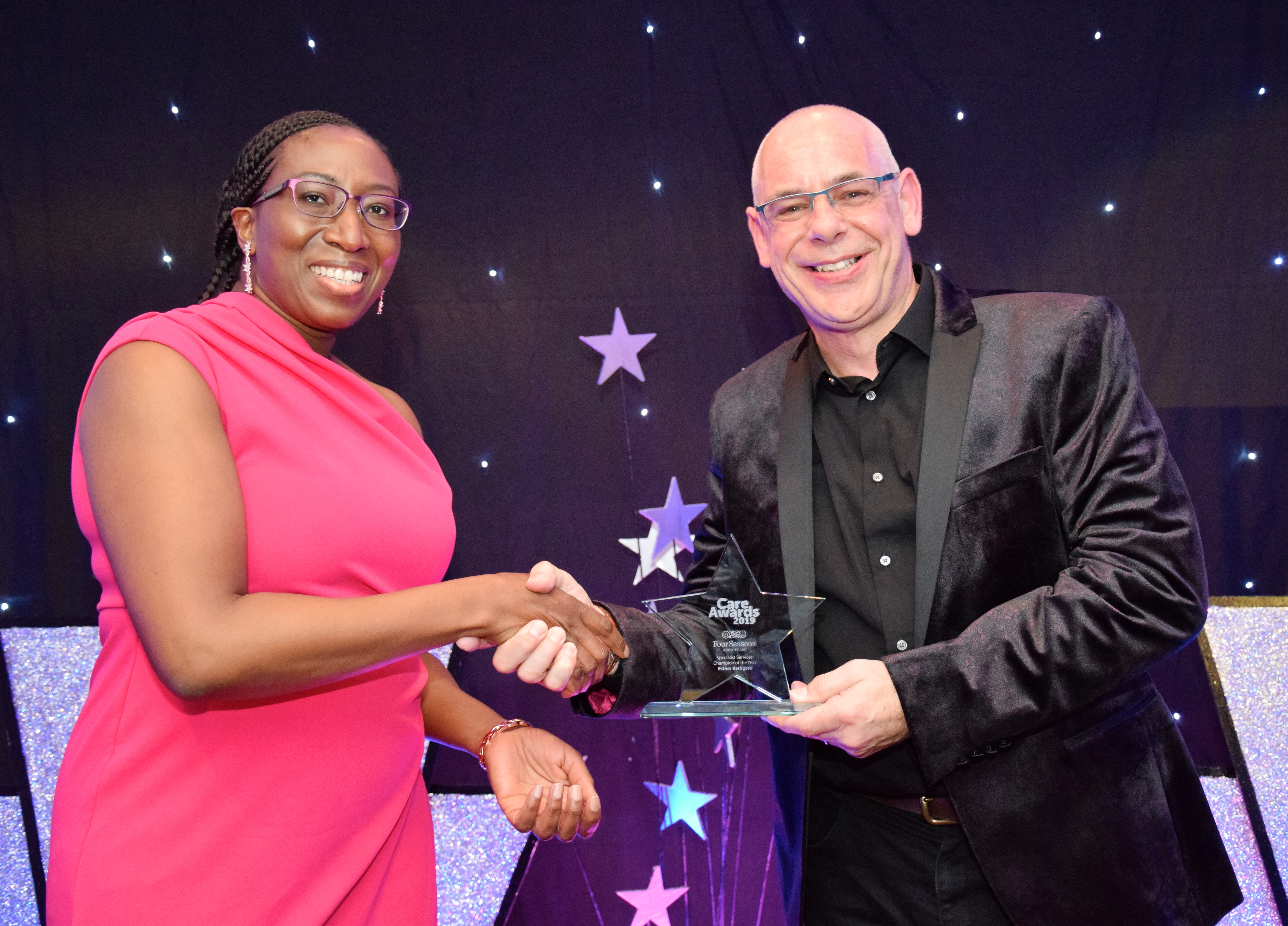