The annual Golden Games organised by the Aberdeen City Wellbeing Team is an event that Team Laurels Lodge always looks forward to with great anticipation!

This year's theme was 1950’s-60’s school days and the event was held at the Westburn Park Outdoor Centre. Residents fully embraced the theme by dressing up in school blazers and ties kindly loaned by nearby St Machar Academy and very much looked the part!

Meanwhile Irene took part in the Bocca game and played brilliantly and in the end Team Laurels Lodge won two trophies this year, for the weight lifting and the bean bag target.

The residents were ecstatic when presented with the trophies and told the organising team how much they had enjoyed their day out, as had Donald, the home’s mascot, who also joined the team dressed in his school uniform!

It is very rewarding for our team to see our residents’ faces full of smiles as they enjoy their day out and to witness how proud they were of their medals and trophies.

"On behalf of Team Laurels Lodge, we would like to thank St Machar Academy for the school uniforms and ties that our residents wore to the Golden Games. It was great to have this support from our local community." 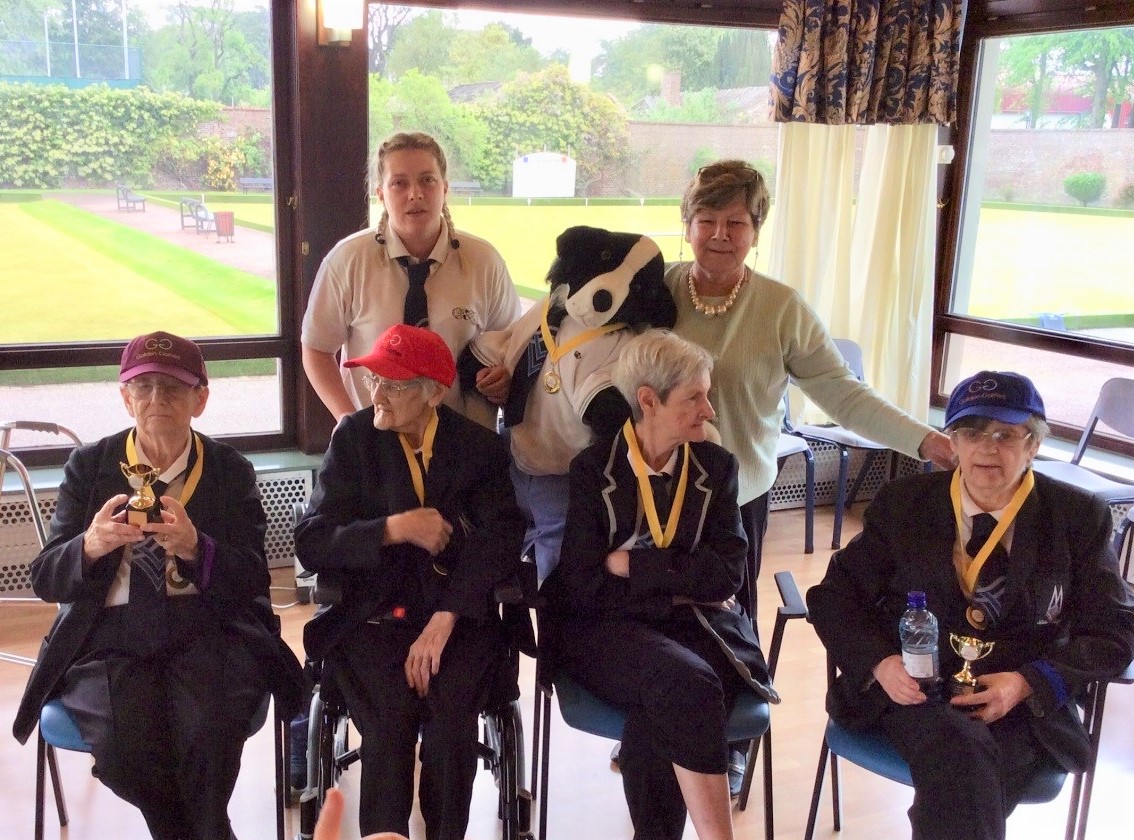