On Sunday 9th August, Charles celebrated his 100th birthday with a fantastic socially distanced party. Charles received a tribute from the local mayor, Ben Minshull and The Mercian Regiment.

Charles has lived a truly fascinating life. He is a World War 2 veteran who joined the King’s Royal Rifle Corps and later the Cheshire Regiment 2nd Battalion and received many medals.

When Charles was asked, what is the secret to his long and happy life, he answered, "staying single, and no alcohol!"

During the celebrations Charles enjoyed a bagpipe solo and received his Queen’s Telegram, to which he joked, “I didn’t’ realise she was coming!”

Cypress Court have been planning how to celebrate this special milestone for a long time, but due to the pandemic, they had to change their plans. Despite these restrictions, Charles had a fantastic birthday celebrating with many guests via Zoom. 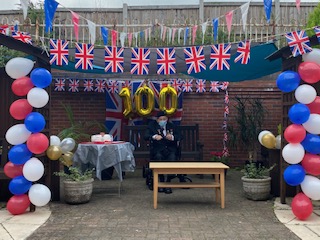 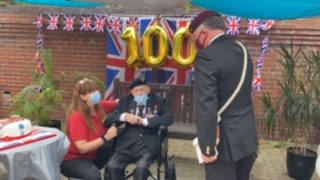 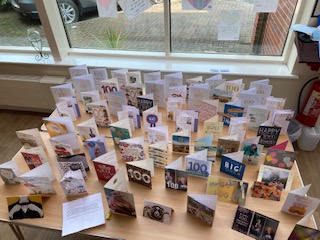