Hilda, a resident at Hallgarth Care Home, had never been to a Beetle Drive before, so was unsure of how the game was played, and was very relieved to find the only beetles were on paper, and not scurrying about!

She started well with sixes and the dice numbers all went her way, as out of the three games she played, she won every one, which has never been known before!

Hilda has been crowned the Hallgarth Beetle Champion, and is looking forward to having a go at Bingo next, as she's heard the prize there is a car! 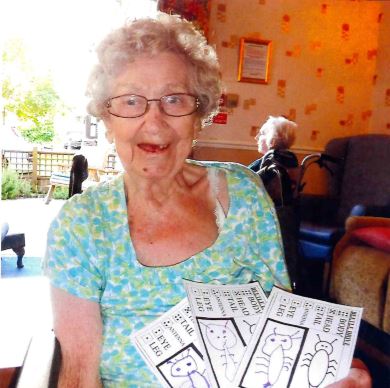