Hallgarth Care Home residents spent the afternoon in France with a game of French Boules.

The competition was fierce as the September championship was in full swing. With each roll, the scoreboard leader changed, making for a very exciting tournament! With everyone at the edge of their seats, Mary rolled the shot of the match, wiping out three opponents. Making her the top scorer by an impressive 10 points. Mary was thrilled as it was only the second time she had taken part in the tournament and was crowned September champion.

Congratulations to Mary on her winning shot! 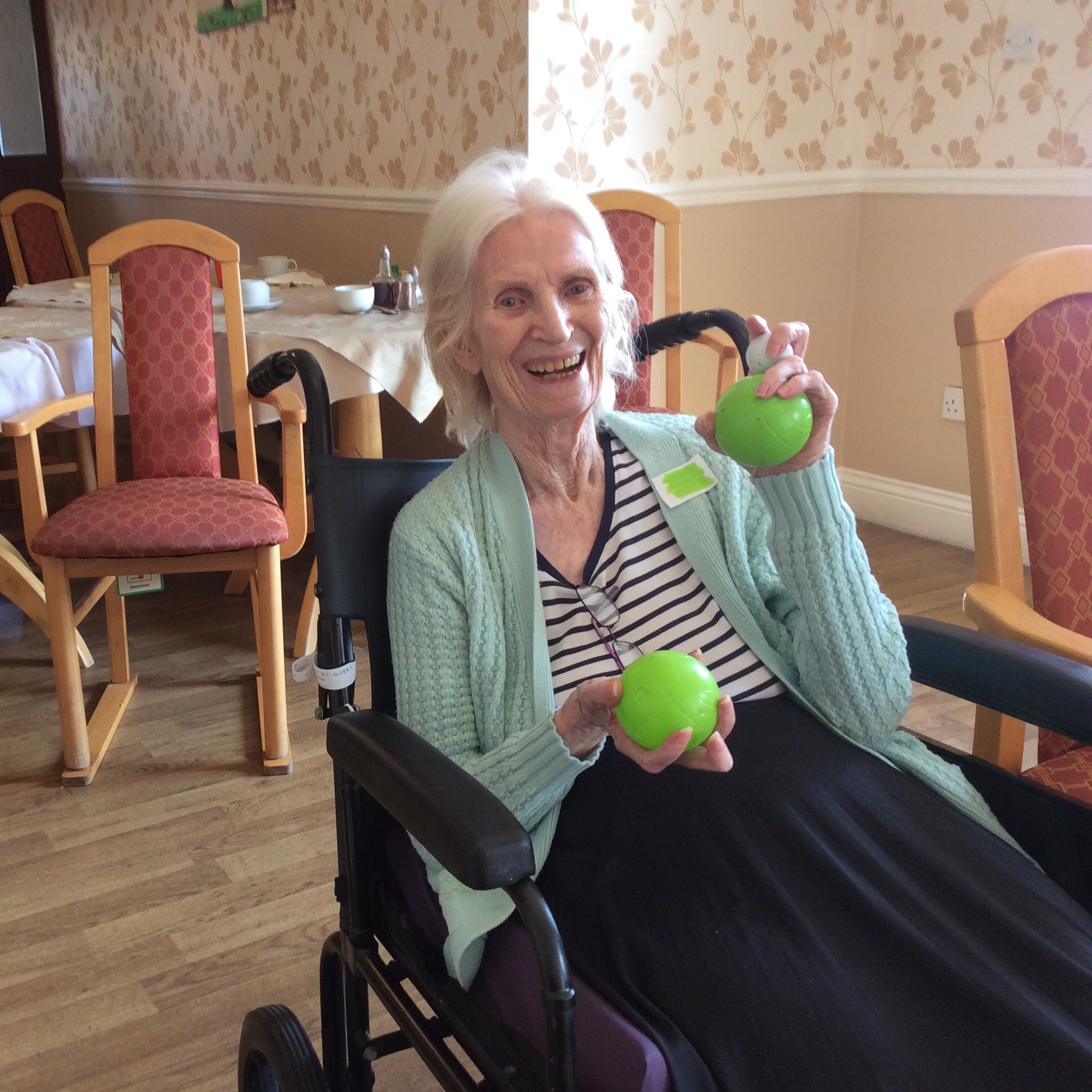