Love is in the air: The Arches celebrates as couple renew wedding vows

It has been a very special few weeks at The Arches Care Home in Belfast, where residents Bernie and Anthony this week renewed their wedding vows after ten years of marriage.

Having previously lived together in supported housing, Bernie and Anthony moved into The Arches two and a half years ago, and it was a long-held wish for them both to renew their vows on their ten year anniversary.

When colleagues at the home learned of this, they decided to raise the funds to give the couple a day they would never forget, and set about organising a huge prize raffle, to which local businesses and friends of the home donated generously.

With funds in place there was then a lot to organise! A wedding dress and suit were purchased and the flowers, room decoration, photographer, food and disco all booked. The Balmoral Hotel, where Bernie and Anthony had spent their original wedding night, very kindly donated the honeymoon suite (along with a carers room) for a night and a local limousine firm gave them a complimentary limo ride.

As the big day approached, stag and hen parties were organised in the home, with everyone joining in to wish the couple well.

The ceremony was attended by every resident at The Arches, and was extremely moving for everyone present.

"I am so proud of my team for the immense lengths to which they have gone to make this occasion so special for Bernie and Anto.

"Not only have they raised all the monies themselves, they then made sure all our residents were included in the build-up to the ceremony, and worked hard to ensure everyone could be there on the day, which meant a lot to us all.

"We would also like to thank the local suppliers who have been so supportive and kind - in particular the Balmoral Hotel and local limousine company David Crymble - whose donations were the icing on the cake.

"It was a wonderful day for everyone connected with The Arches. Our congratulations go to Bernie and Anthony and we wish them many more happy years together." 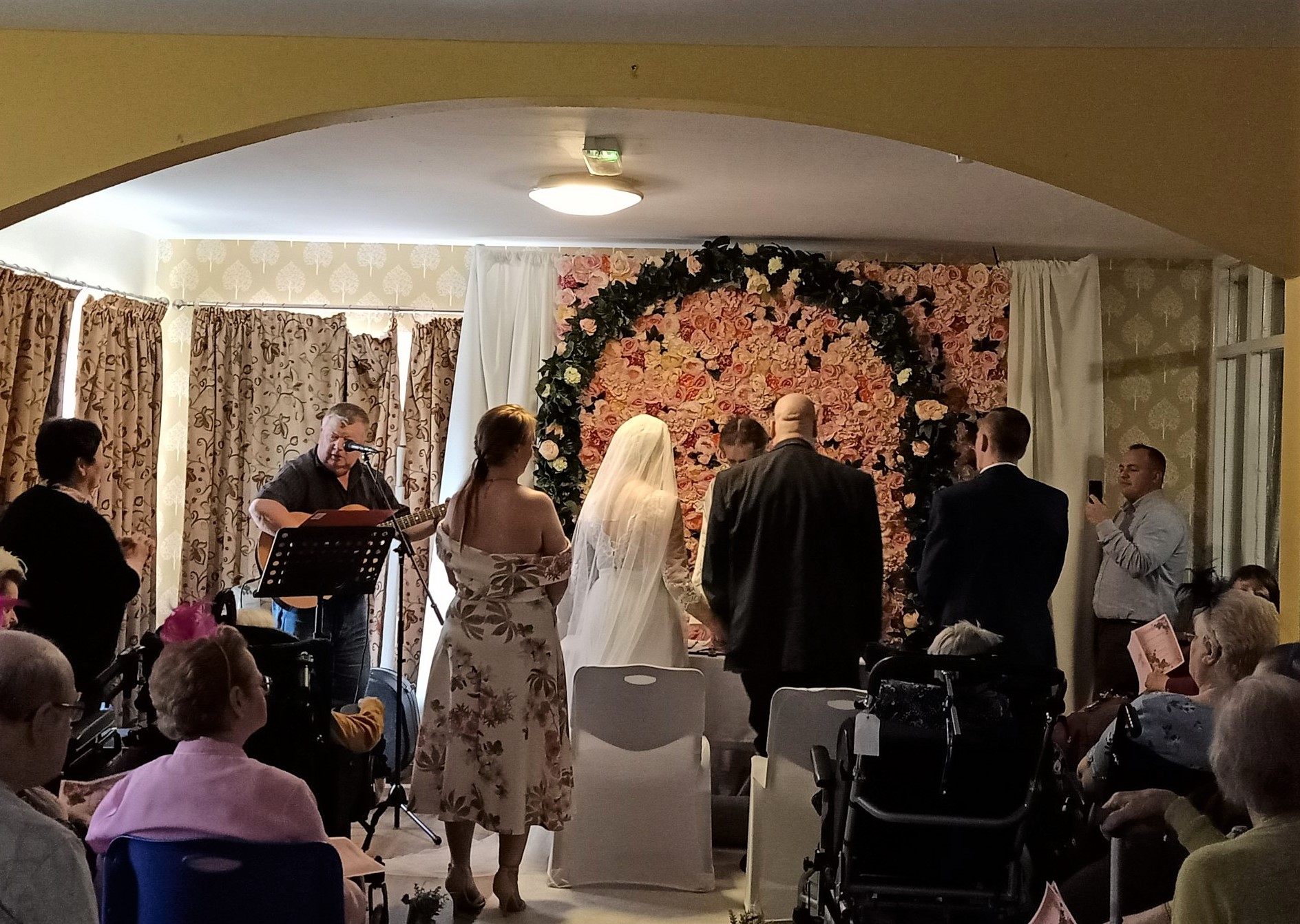