Resident, Ludwik, at Hopes Green Care Home is sharing some of his memories of the war and VE Day as part of celebrating the 75th anniversary of VE Day.

Ludwik was born on 23rd October 1923 in Poland, he had three sisters and one brother. “I never enjoyed school and worked in my family’s butchers shop.  My Family had a lot of land which was taken away from us by the Germans. In 1941 I was sent to France and was in a concentration camp, it was very hard there and I still don’t like to have my room door shut to this day as it brings back terrible memories.

I was a paratrooper and did my army training in Scotland and France. I am still in touch with some of my regiment and their families, they have even visited me at Hopes Green which was lovely. After the war, I worked on building sites and eventually owned my own successful company in Basildon.

I was married to Dorothy and we had two daughters, one of which sadly died, and we had one son.  Sadly, I lost my wife, Dorothy, a few years ago but we were always proud of our children and I now have 7 grandchildren and 4 great grandchildren. I still wear my uniform and all my medals on special occasions and when we have children visit they are always interested in my stories.

Such a brilliant story from our resident, Ludwik. 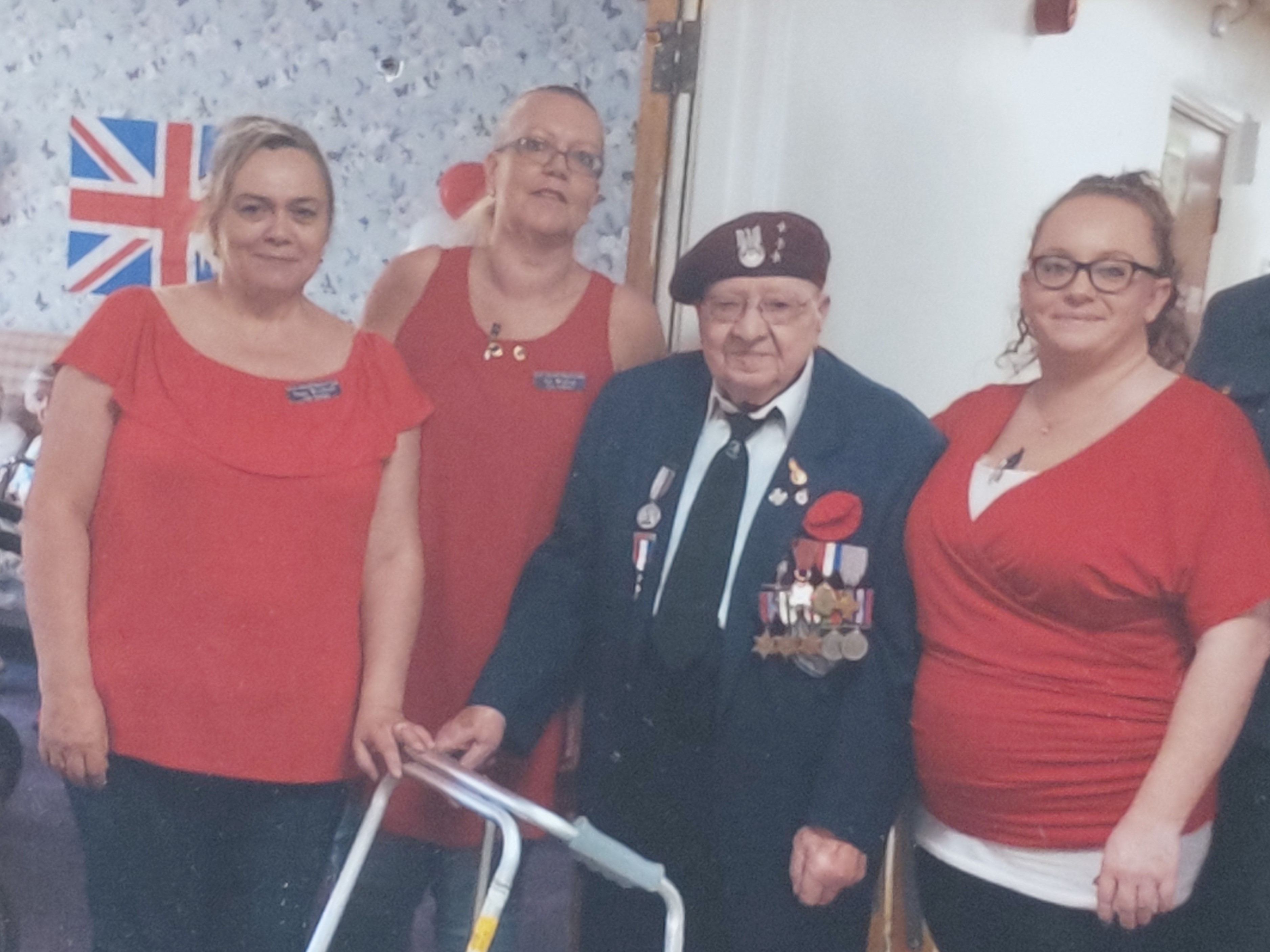