William Harrison, a resident at Middleton Hall in Uphall, has raised a fantastic £461.02 for the Oncology Unit at nearby St John's Hospital.

William was fundraising in memory of his late wife, and with the help of the Middleton Hall team, he made tens of pompom animals, which were sold to residents, their relatives and visitors to the home.

“My mum has asked my dad to make a few pom poms for a tea cosy she was knitting, which she never managed to finish, but he continued to make pom poms regardless.

“Dad donates the pom poms to anyone willing to take them for free and they have been made as sensory items for children and adults and have also been made into mobiles for cots.

“Since my dad has been in Middleton Care home he has continued to make pom poms and the staff realised it gave him purpose and asked him to keep going.

“Doing this has helped him massively and the pom poms have been put to good use. He had a class showing the residents, the carers, friends and family how to make them.

"The staff helped out massively putting them all together to help make Christmas snowman wreaths and tree decorations etc for dad to sell as he wanted to raise money for Ward 25 at St John’s Hospital where mum spent her last five years.

“We would like to say a special thanks to Lynn and Chelsea for all their help. Dad has a long list of medical conditions but the home and his job, as he calls it, has helped him massively and gives him a purpose and lifts his spirits.”

Well done to William on raising an amazing amount of money for a very worthwhile charity, and to everyone at Middleton Hall who assisted him. 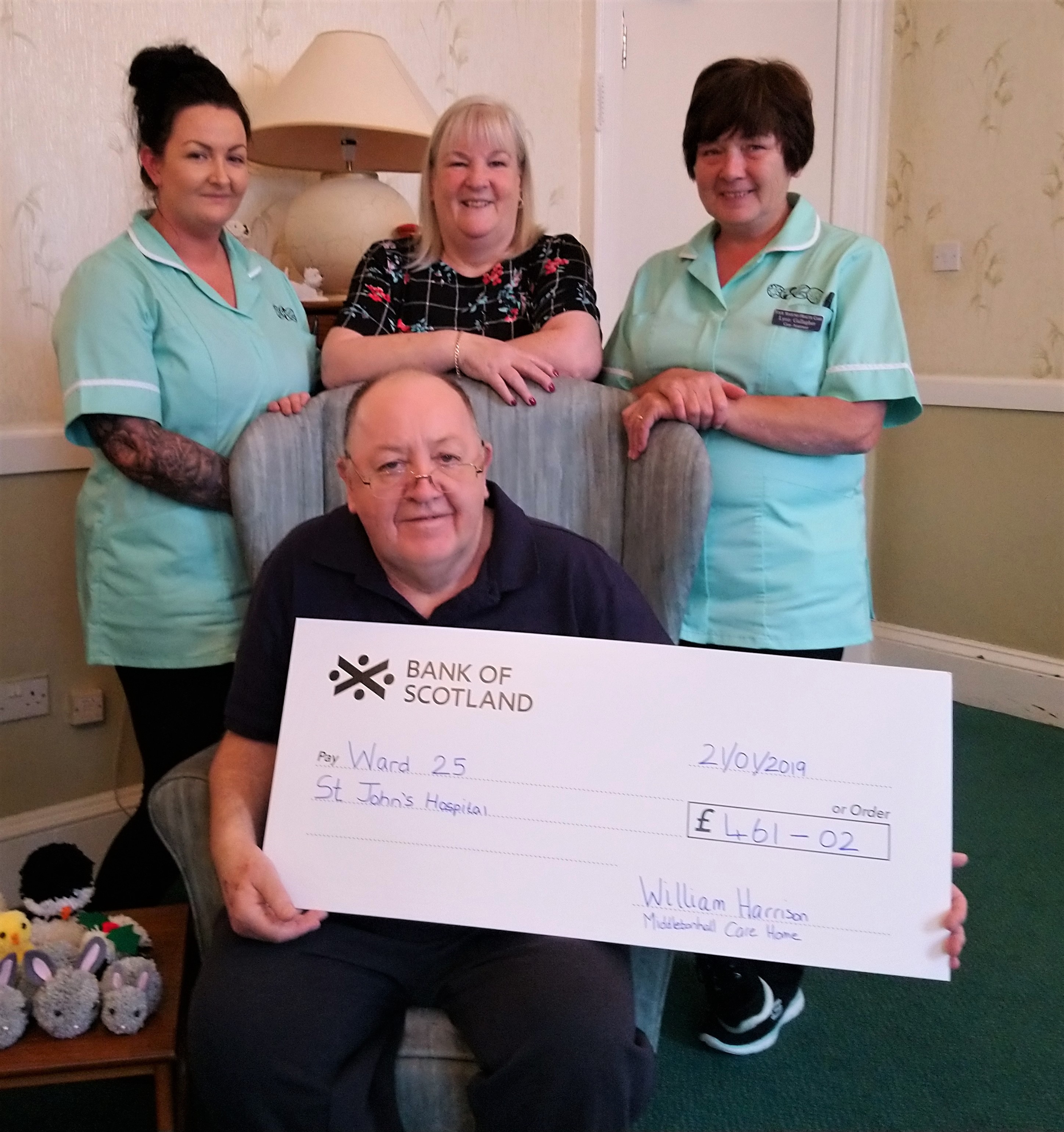