Red roses for Pat at Hallgarth

Hallgarth Care Home resident Pat has had a love of red roses ever since she helped to make some for the home's Easter Bonnet competition.

So she took a look through the paper flower pattern book and chose to make some 'Paper Roses' as in the well-known song made famous by Anita Bryant in 1960 and Marie Osmond 13 years later.

After reading the instructions fully and cutting out a pile of leaves and petals, work began in earnest to create a bouquet of 24.

Pat's verdict was - it's not as easy as it looks! But after a few failed attempts and a little help she was on her way and produced her first red rose. She was so thrilled that she recited the poem 'A Red Rose' by Scottish Poet Robbie Burns.

The finished bouquet looks stunning - and is a real tribute to Pat's perseverance! 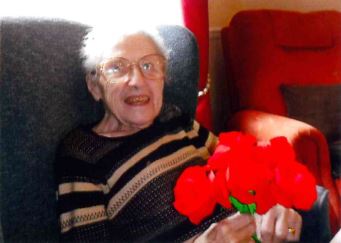