The Laurels Care Home has teamed up with the Sunderland Young Carers association for an inter-generational project and over the past few months the residents and school children have became pen pals.

The project, named ‘From Me To You’ (FMTY) was aimed at raising awareness of mental health and helping tackle isolation in the Coalfields area of Sunderland. The project was run by Sunderland Carers Centre and funded by the Coalfields Strategic Initiatives Budget (SIB).

The children were aged from 11-15 and the age gap between them and the residents was up to 80 years buy they got on extremely well, showing that age is no barrier to friendship!

“I’ve loved being able to learn about dementia and write letters to the residents at The Laurels. My pen pal is called Elizabeth and it's great hearing her stories of when she was my age and what our area was like then.”

The project will continue into the new year, with a plan for the residents to visit the school where they can be shown laptops and other computer equipment, some of which the residents will not have seen before.

Representatives from the local council also attended the event and feedback from them and families was very positive. 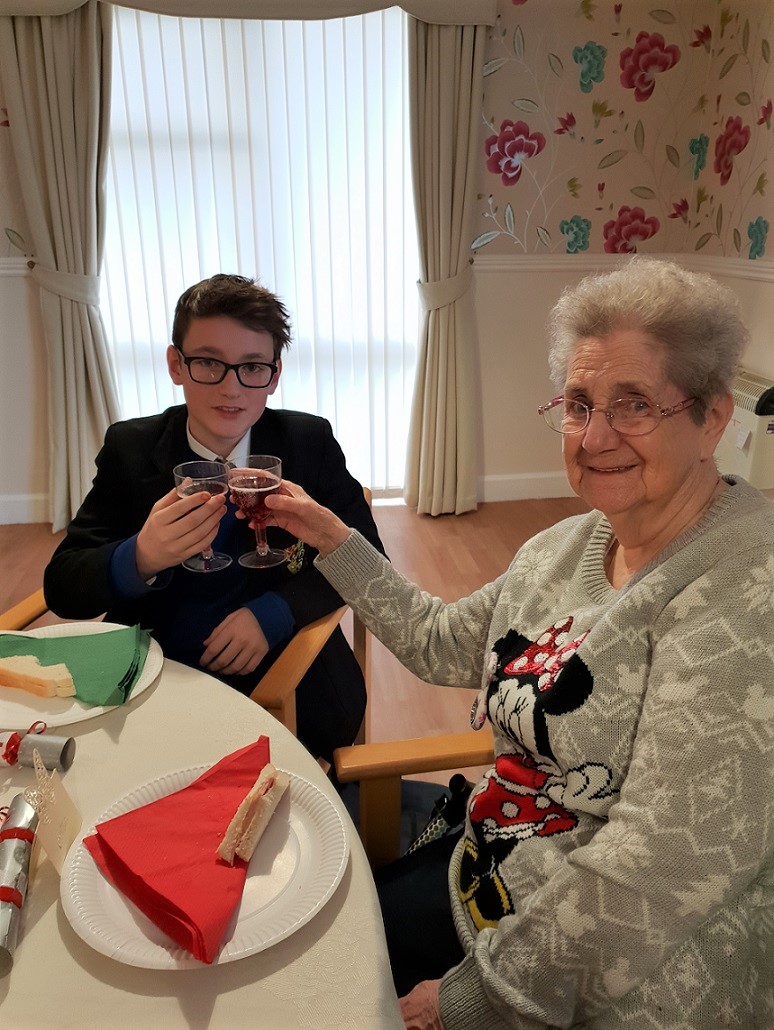