Staff at Windsor House Care Home have taken our lovely resident John to RAF Cosford over the weekend to reunite him with some of the planes he used to jump out of whilst in the parachute regiment of the RAF.

John had a fantastic day and was saluted by former servicemen, cadets and current servicemen. John was thanked for all of his service during his time in the RAF and enjoyed talking to other former members of the parachute regiment about the equipment and the differences in training. John’s favourite plane was a Dakota and he was delighted to be reunited with one whilst at Cosford – with several stories about his time in the Middle East and Canada being told.

John very proudly wore his Beret and medals, much to the delight of servicemen who all aspired to gain the Beret John has – They told us that this was quite the distinction and John beamed at this and told us of his pride at wearing it. 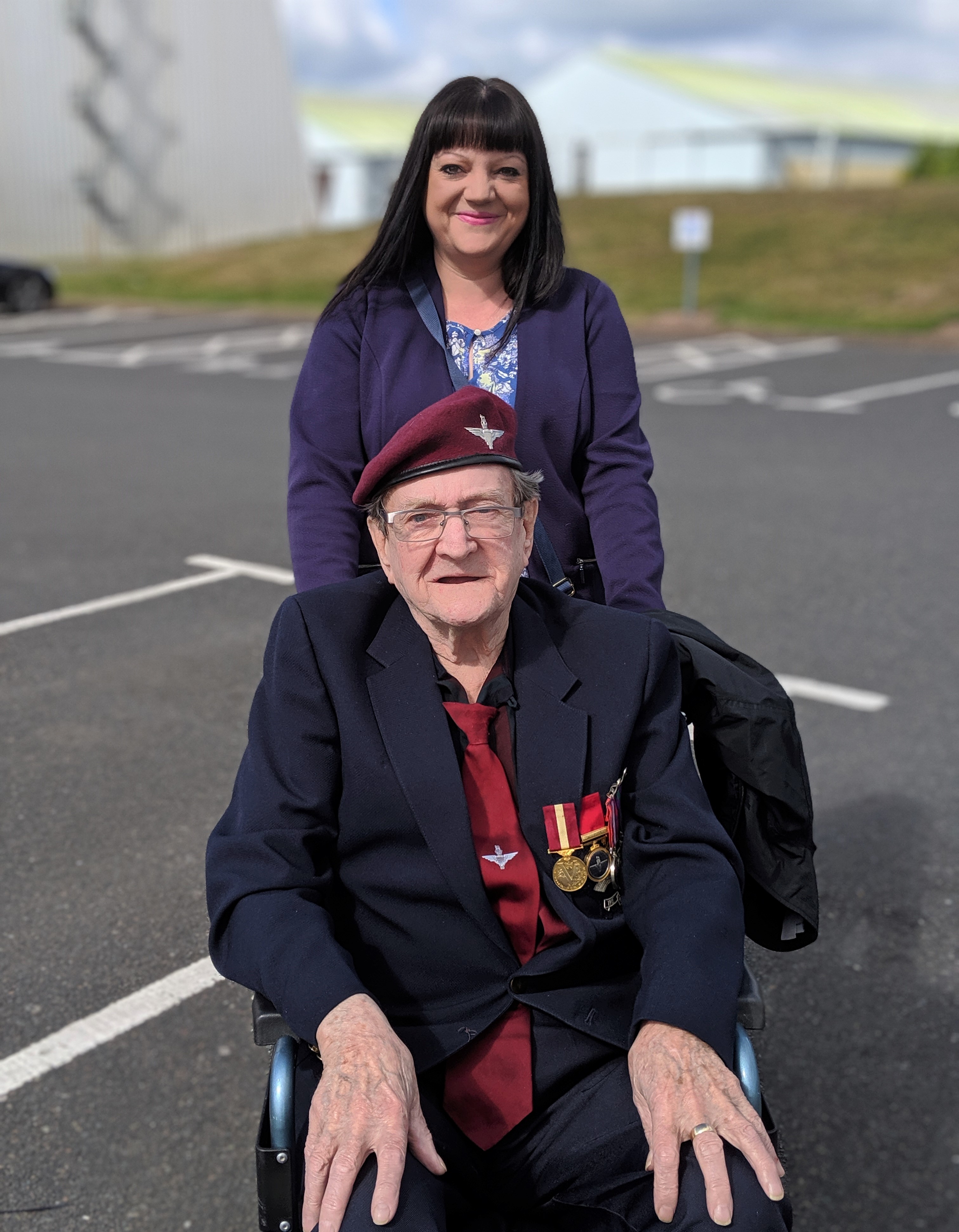