Grove Discharge Unit brings the two organisations together to offer a care pathway to support patients to rehabilitate as quickly and as independently as they can. It provides short term care for patients who have had their medical condition stabilised and acts as a stepping stone between an acute hospital ward and returning home or moving on to community-based care in a care home or assisted living.

This is a flagship partnership for Four Seasons, as it is the first such contract for a social care provider to operate an intermediate care service on a hospital site. 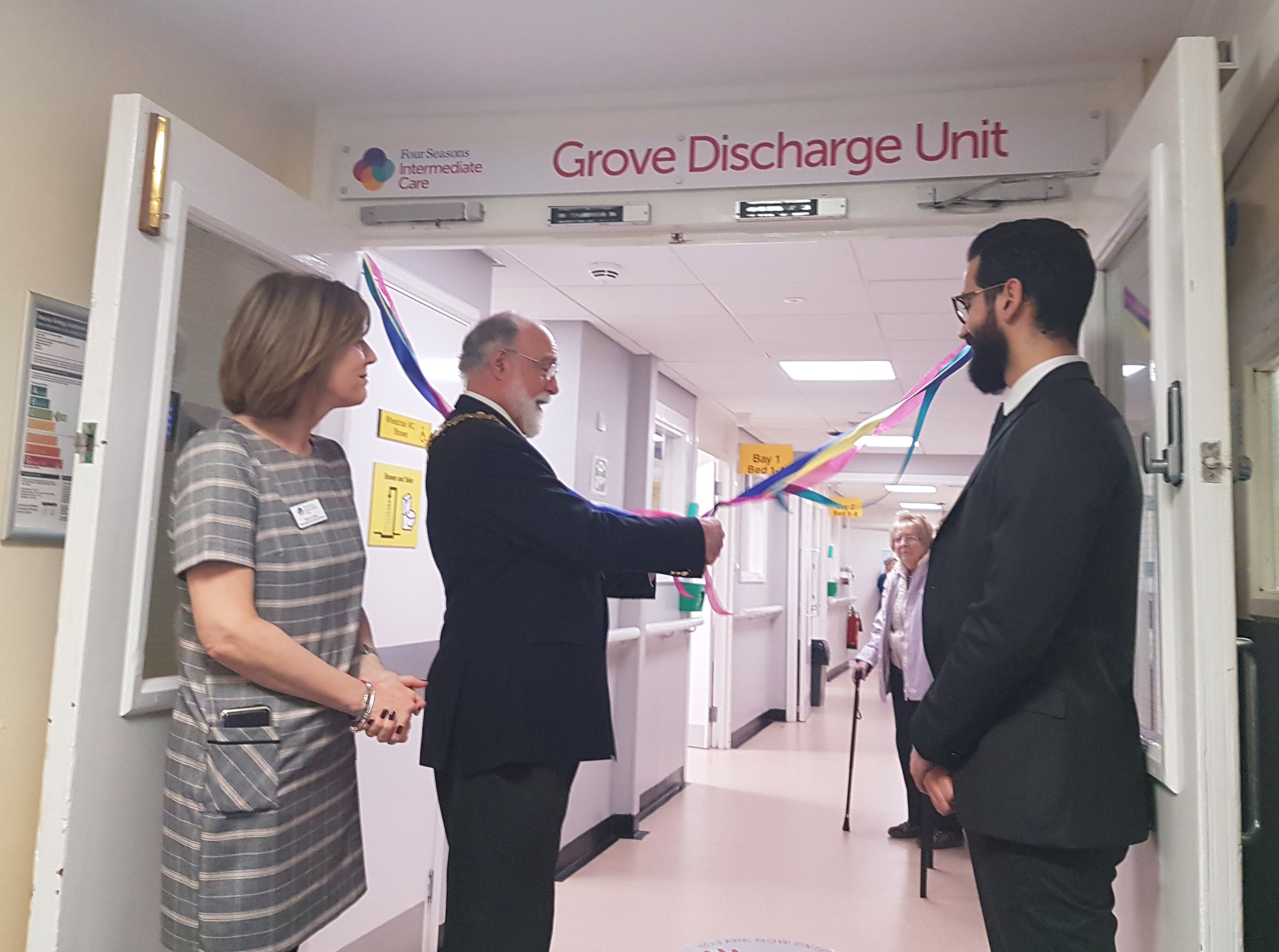 During the opening ceremony, the Mayor of Wirral, Councillor Geoffrey Watt cut the ribbon to officially open the ward, saying how delighted he was to see the multi-disciplinary facility up and running and serving the people of Wirral.

Tim Hammond, Four Seasons CEO welcomed invitees and said he was very proud of the partnership with the Trust and the way the two organisations are working together to reduce delayed transfers of care and readmission rates to the hospital. Grove Discharge Unit is run under the leadership of Paul Hayes (Chief Commercial Officer), Alana Irvine (Intermediate Care Services Director), Alastair Dewar (Head of Service Development UK) and managed by Jordan Pereira (Ward Manager).

Shaun Brown, the Trust's Divisional Director of Medicine and Acute, praised the efficient seven-week turnaround from awarding the contract to mobilising the unit, and said initial results in terms of patients discharged and length of stay were very pleasing. 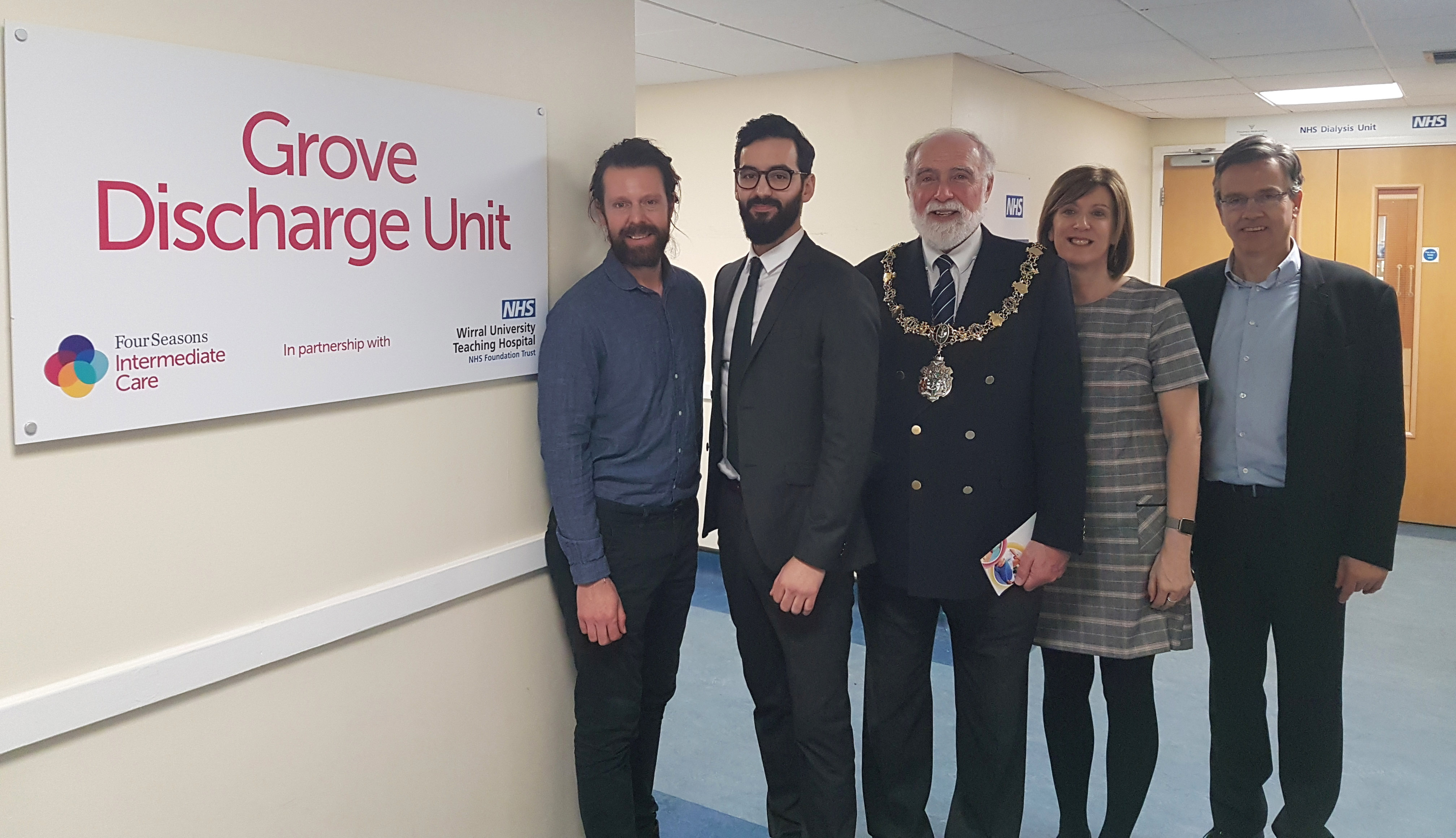 The new service has been rated as “good” overall by the Care Quality Commission, following an unannounced inspection. It was also rated as good against each of the core inspection themes of being safe, being caring, providing effective care, being responsive to patients’ needs and well-led.

Patients at The Grove told the CQC inspectors that the team were kind and caring.  In customer feedback comments to the Intermediate Care Service manager, patient Peter Sherlock, said: “It is the best place I have ever been. I have been to a few hospitals and this ward is the best.” Another patient Linda O’Hara, said: “It’s very good here; the staff are attentive and caring.” Michael Pegg, the first man to be admitted to the service loved it, according to his daughter. He thought the staff are outstanding, but could also have a laugh with them.

Find out more about our Intermediate Care service here.