100 Squadron Veteran celebrates his own century at Bamford Grange

The incredible story of Geoff's wartime exploits in Germany is described by RAF colleagues as 'quite literally the stuff of legend' and the visit was very special for all involved.

Assigned to the iconic Phantom of the Ruhr Lancaster Bomber in 1943 as the Rear Gunner, Geoff completed a full tour over Wartime Germany. He was awarded the Distinguished Flying Cross for his heroic actions in shooting down an enemy jet whilst under attack.

Now living with dementia, Sqn Ldr Green cherishes his original 100 Squadron crest and cites his time on the ‘Phantom’. Squadron Leader Mark Lawson, Executive Officer of 100 Squadron, said: “It’s been an honour to meet him. We live the life we do because of people like him. They did incredible things at a time when they had no choice. I can’t imagine what it was like.

The emotional reunion was thanks to Geoff’s daughter, Laura. She said: “I contacted the Squadron to ask for a birthday card – this is more than I could have hoped for. Dad told me a lot about his crew but didn’t say much else – he’s the only one left now. He wouldn’t tell me why he got the DFC – I only found it in a newspaper clipping. I am very proud of him.”

It was a wonderful occasion for all at Bamford Grange, and the afternoon was completed with a birthday cake alight with candles and a performance by the Wythenshawe CATS Theatre Group, arranged by a Care Assistant at the home.

Happy birthday to a very special gentleman from everyone at Four Seasons Health Care. 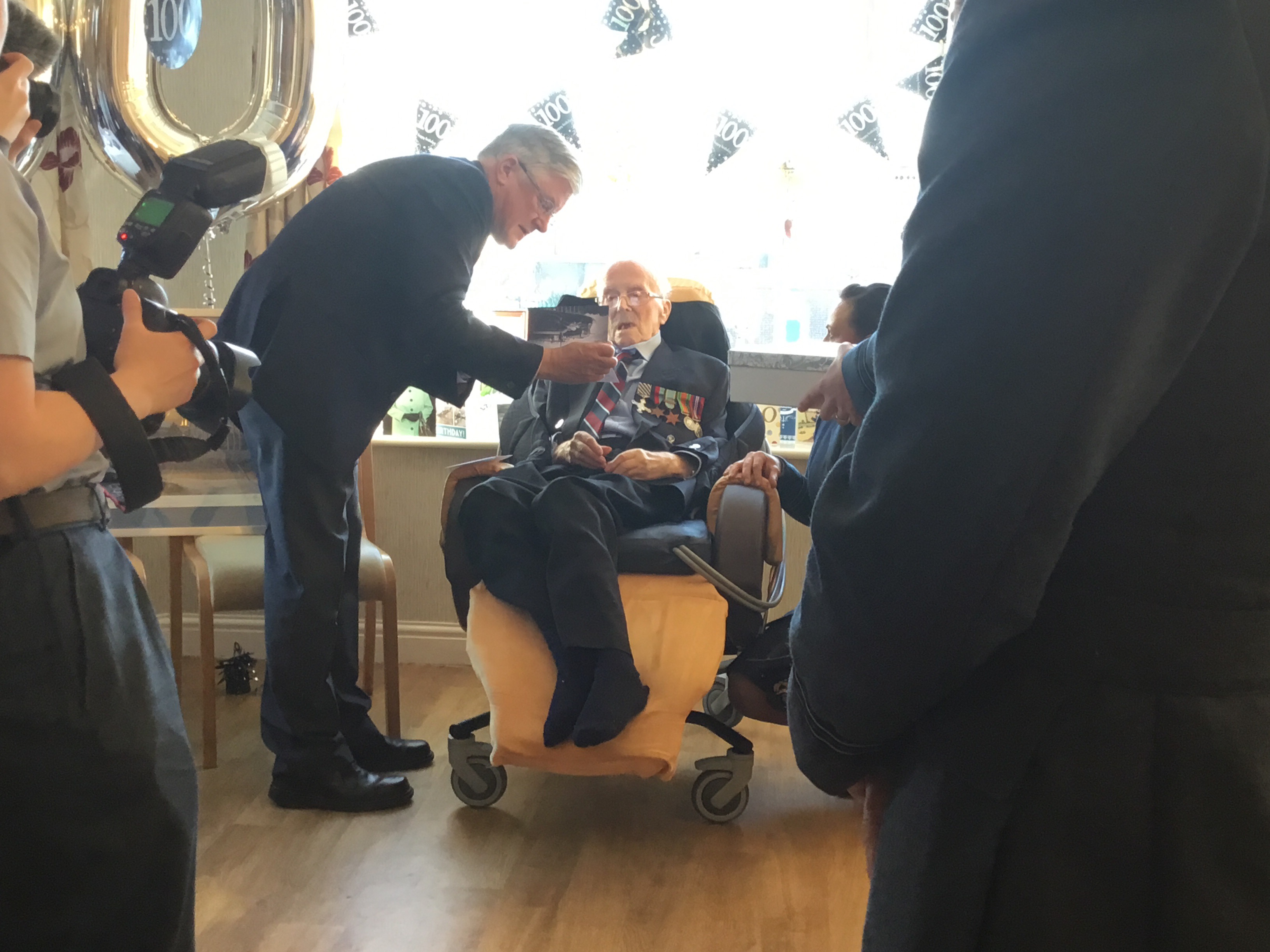 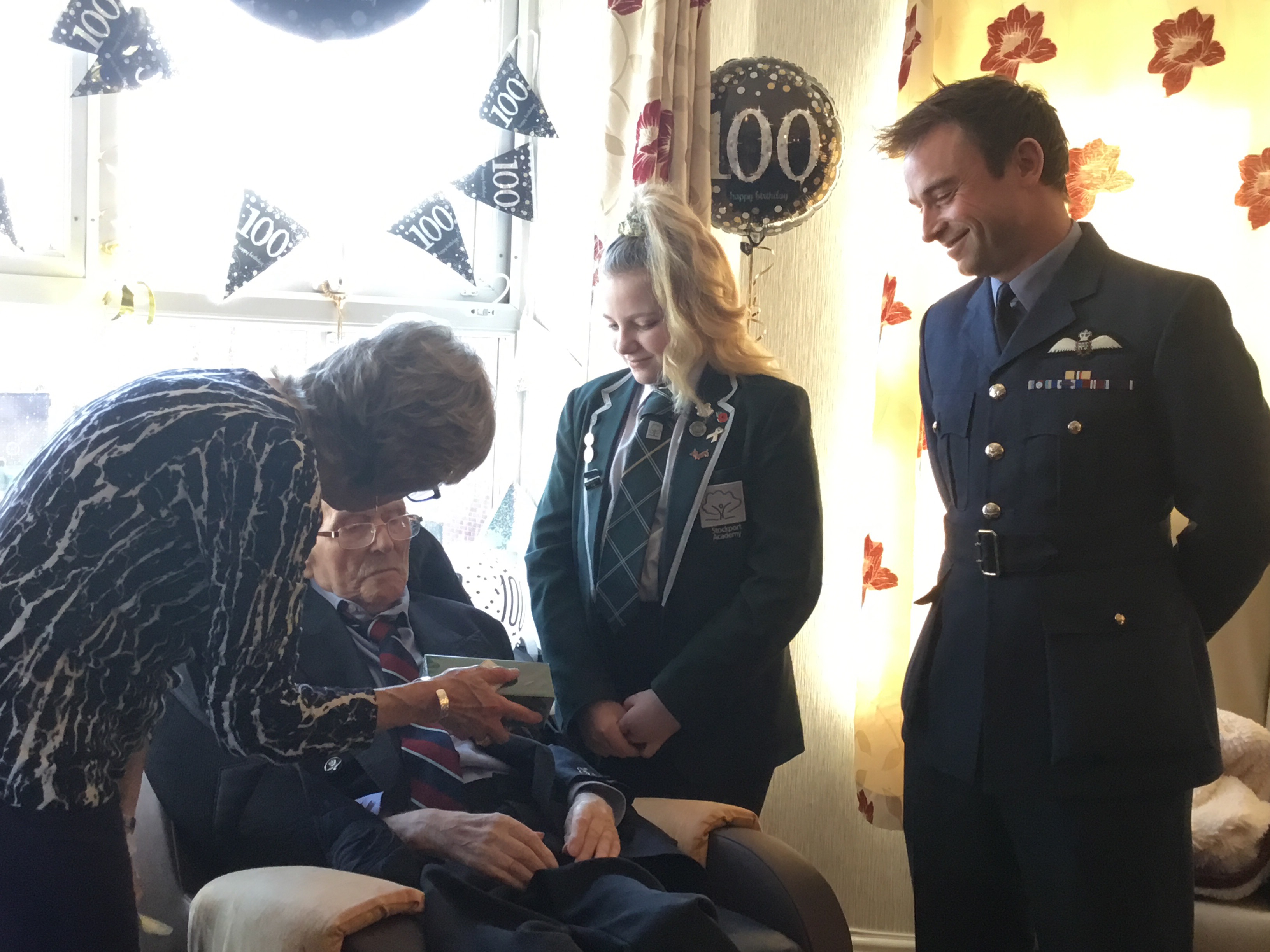 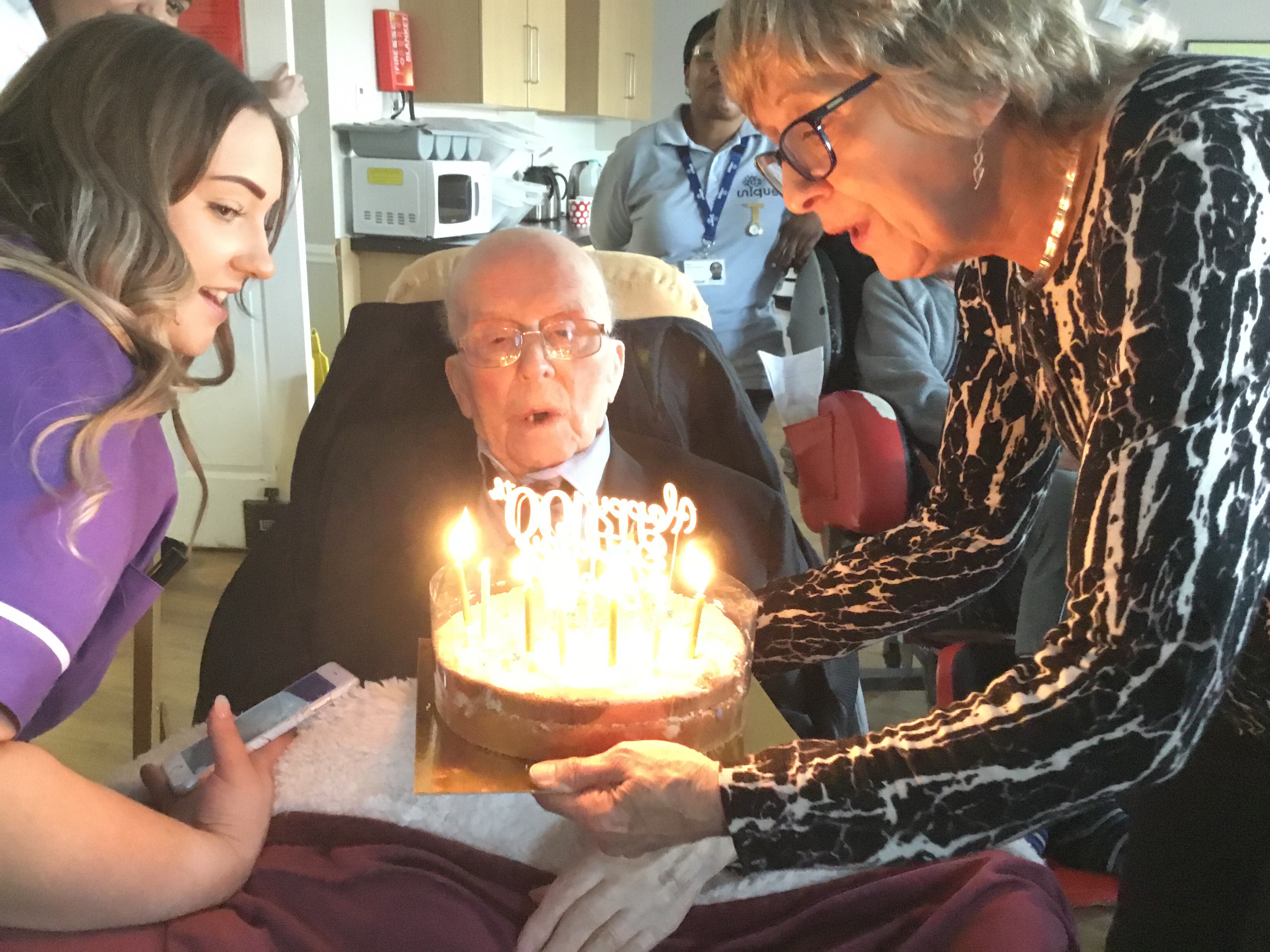