The community honoured a war hero on his 99th birthday, as Charles Sullivan, a resident at Cypress Court Care Home in Crewe, was treated to a special party.

Born on 9th August 1920 at 89 Trafalgar Road, Greenwich which was a surgical boots and cobblers shop, Charles attend St Josephs Catholic School from 1925 to 1935. After school he worked as a clerk at Loche Lancaster Johnson (lead industry)before joining the King's Royal Rifle Corps in 1940 and travelling to Egypt on the ship the Empress of Japan.

He was then transferred over to the Cheshire regiments and served in Egypt, Sicily, France, Belgium, Holland and Palestine. After the had ended Charles went back to work at his old job, and never married as he has to look after his parents till they passed away in 1969.

Charles later moved to Sandbach where he joined Cheshire Regiment Association, of which he is still a member till this day.

Charles's medals include the following:

On 9th August 2019 Cypress Court held a surprise party for Charles. After mentioning his birthday on the Cheshire Regiment's Facebook page, the home received more than 350 birthday cards and gifts from all over the country.

Then on the day itself, he received visitors throughout the day, including,= members of the public, Ray Stafford MPE (President of Nantwich & District branch of Cheshire regiment), Bronwen Hough (Crewe Town Council), Councillor Ben Minshall, Mayor of Crewe, members of the British Legion,  British Legion Riders, staff from Boots, Crewe Town FC, Cheshire East Social Services, Cheshire Constabulary and many others.

Charles was also interviewed by Granada Report with the report airing later that day, and Charles thoroughly enjoyed the celebration!

"Everything was wonderful on the day. So many people including other war veterans and the Mayor came along. Charles really enjoyed the day and was overwhelmed by the number of cards he received! The team did a great job organising all the elements of the day for Charles and we were glad to be able to make it so special for him". 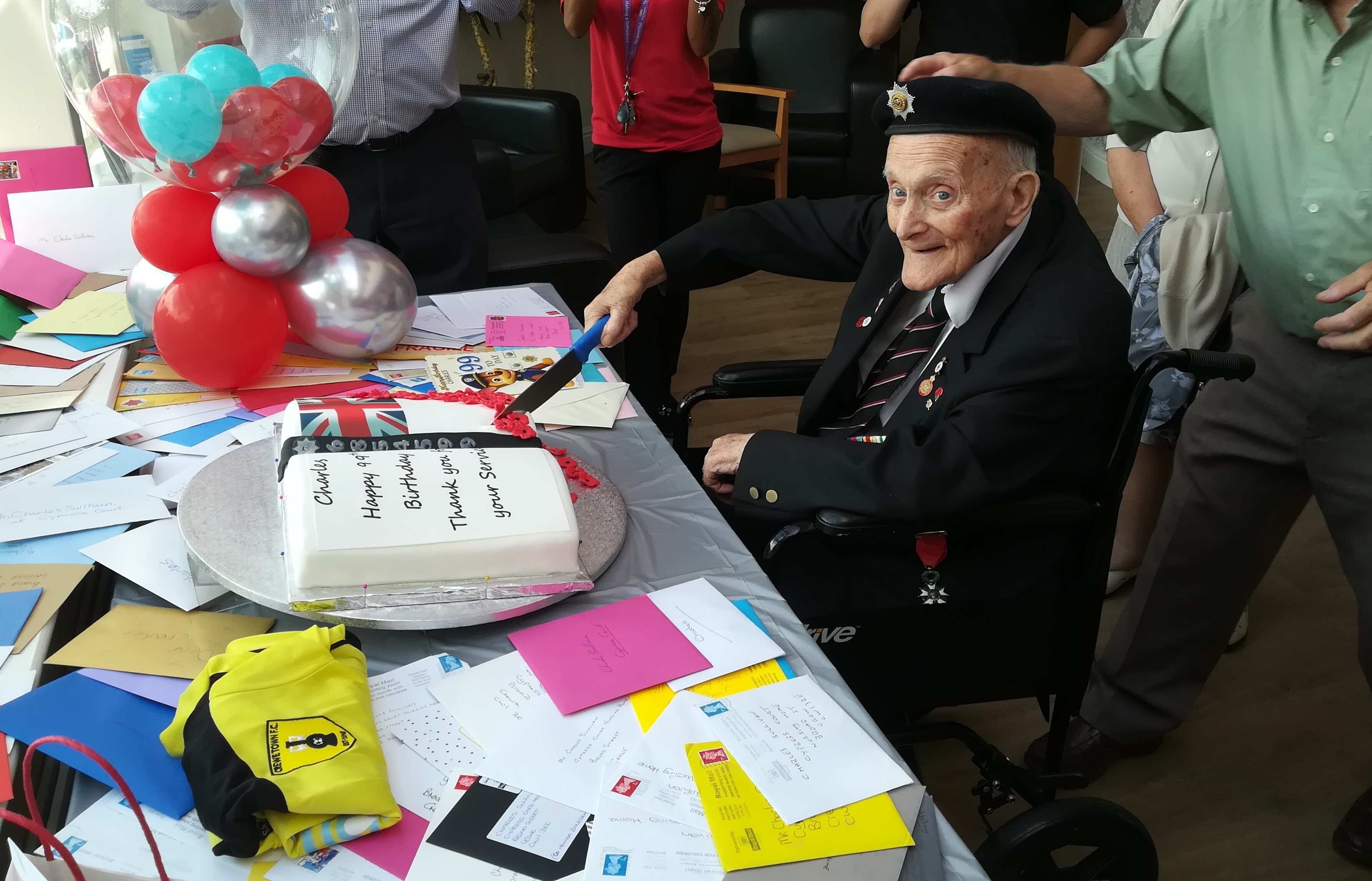 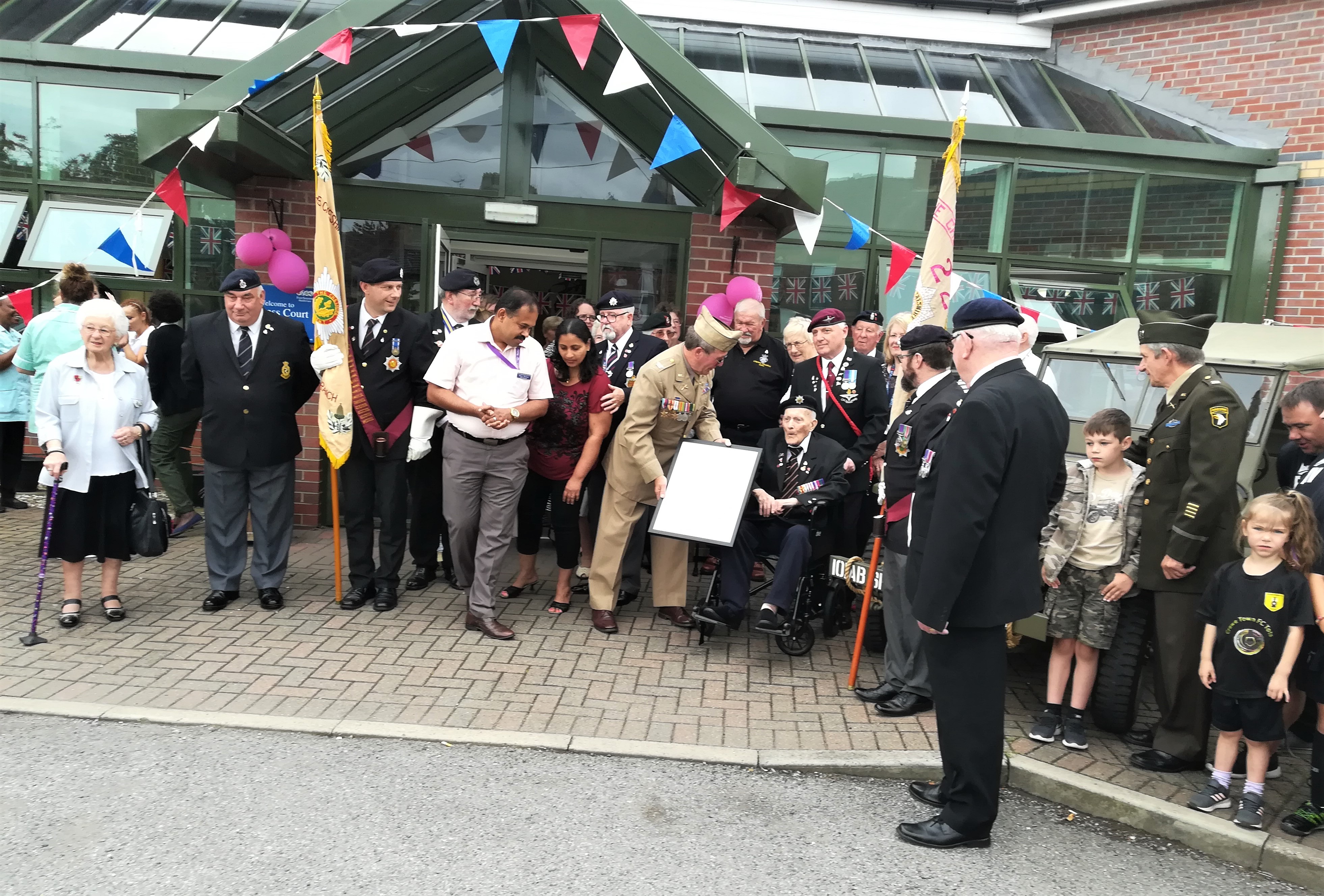 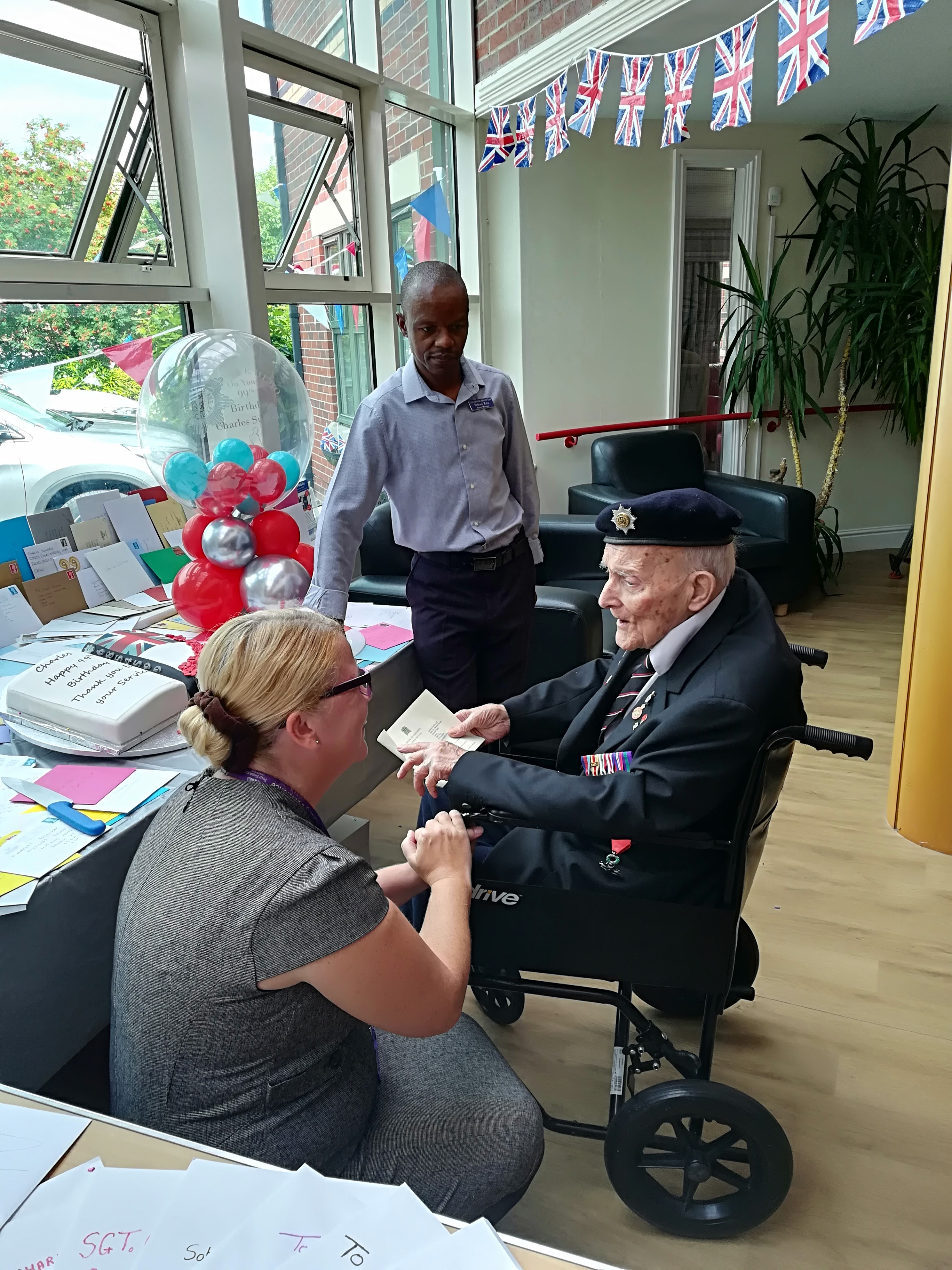