Residents at Hallgarth Care Home in County Durham recently unleashed their competitive side in an intense game of Dominoes.

The Domino Derby first started with four players, which quickly grew to a team of eight.

It took some initial time to organise as everyone had a different way of playing, but in the end, the group decided to play in a clockwise direction with two sets of dominoes. Once all the rules were established, the game started to get serious.

In fact, the game was so serious that the group didn't even have time to stop for tea and cake! The players instead chose to eat and drink as they went along so as not to stop the game.

In the end, Peter won by just two points, and happily retired as the day's champion after two hours of playing. A rematch has already been scheduled to take place in the New Year. 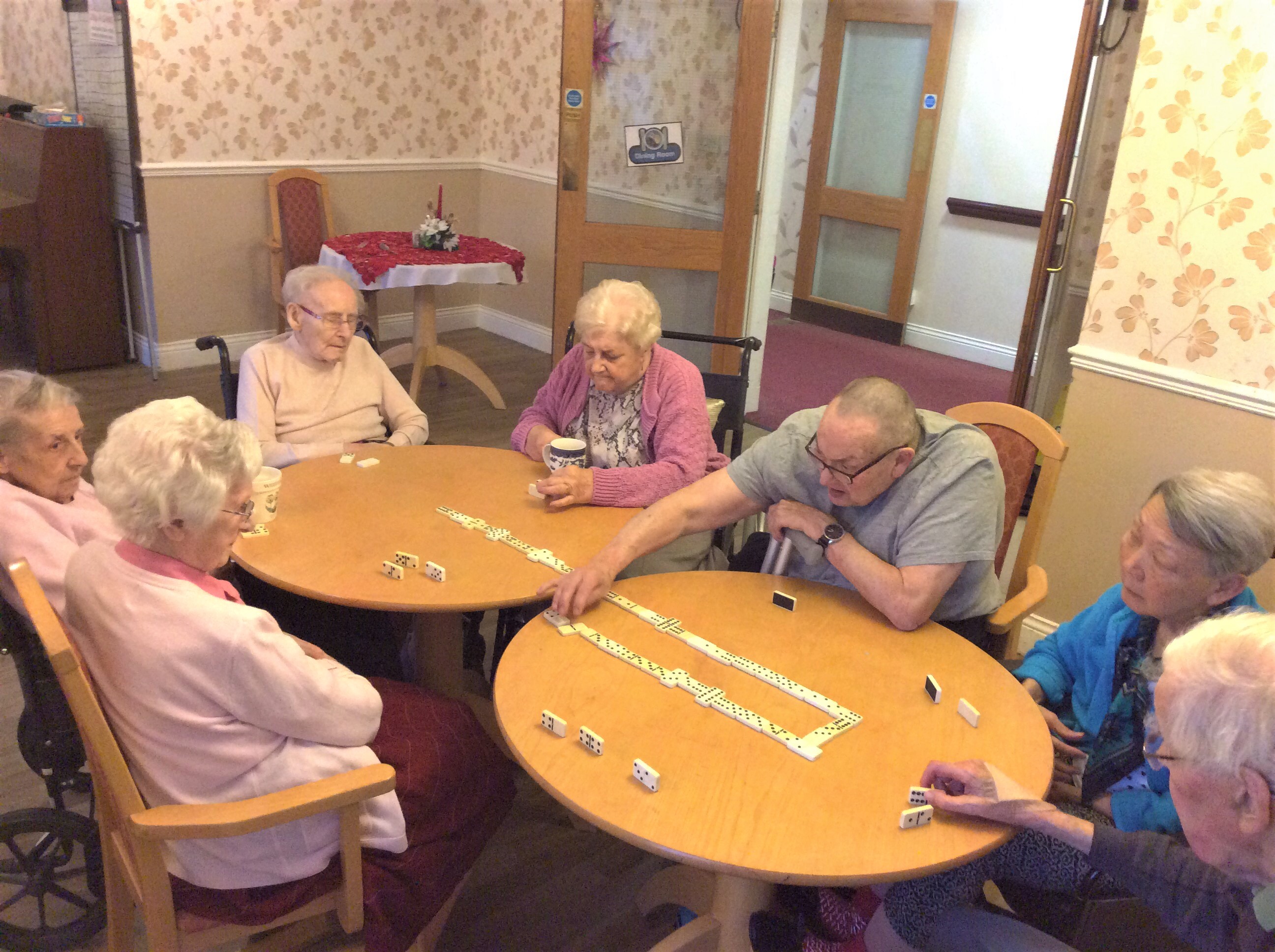