Fish and Chips all round for Hallgarth!

A group of residents from Hallgarth Care Home were all set for a fish and chip dinner, and nothing was going to stop them, not even a broken down bus!

As the clock struck 11am on a crisp January day the Hallgarth trippers were all set, wrapped up in thick coats, hats and scarves. The plan was to go to 'Bells' - the newly opened fish and chip shop at the Arnison Centre, then off for a wander around the shops to pick up the last of sale bargains.

Everyone had read about the new place opening, and Bells has always been a favourite of Durham folk, so they were looking forward to giving it a try.

However, there was a problem; the bus wouldn't start. Fortunately the Hallgarth team always have a plan B, and it was put into action with the group walking in convoy instead to the nearby Court Inn.

The inn had an extensive menu - including squirrel! - but the group stuck with the original plan of fish and chips. It was a lovely meal, with good food, good company and a good chatter - and they still plan to go to Bells another day! 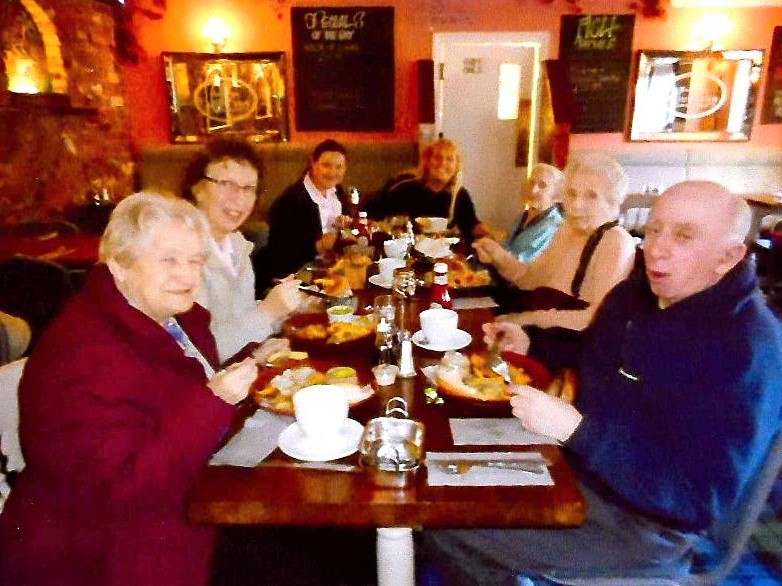