On your marks. Get set. Go! The preparations are over and the Winter Olympic Games have started here at Hallgarth Care Home.

Residents have their game faces on as they go head to head with one another competing for a position on the podium and for a chance to be a gold medallist!

Magic Moments Coordinator, Gail has organised a series of sporting activities designed for residents of all abilities to take part in, including javelin, skittles, hoopla and archery!

The first game to be played at the care home was the double biathlon, in which the residents won two silver medals and the homes first gold medal!

Resident Christine said, “I am so proud to win the first gold medal for Hallgarth in the double biathlon. I felt like I was back at school getting house points for my team!”

The Olympic Games showcase many different skills, and for the next competition at Hallgarth Care Home, it was time to test the resident’s orientation skills.

The team hid Olympic torches around the home, which the residents had previously coloured during an arts and crafts session. Residents used their orientation skills to figure out the clues and find all the torches before teatime.

It was a success! All the torches were found and we figured out working in teams was more effective than hunting alone! 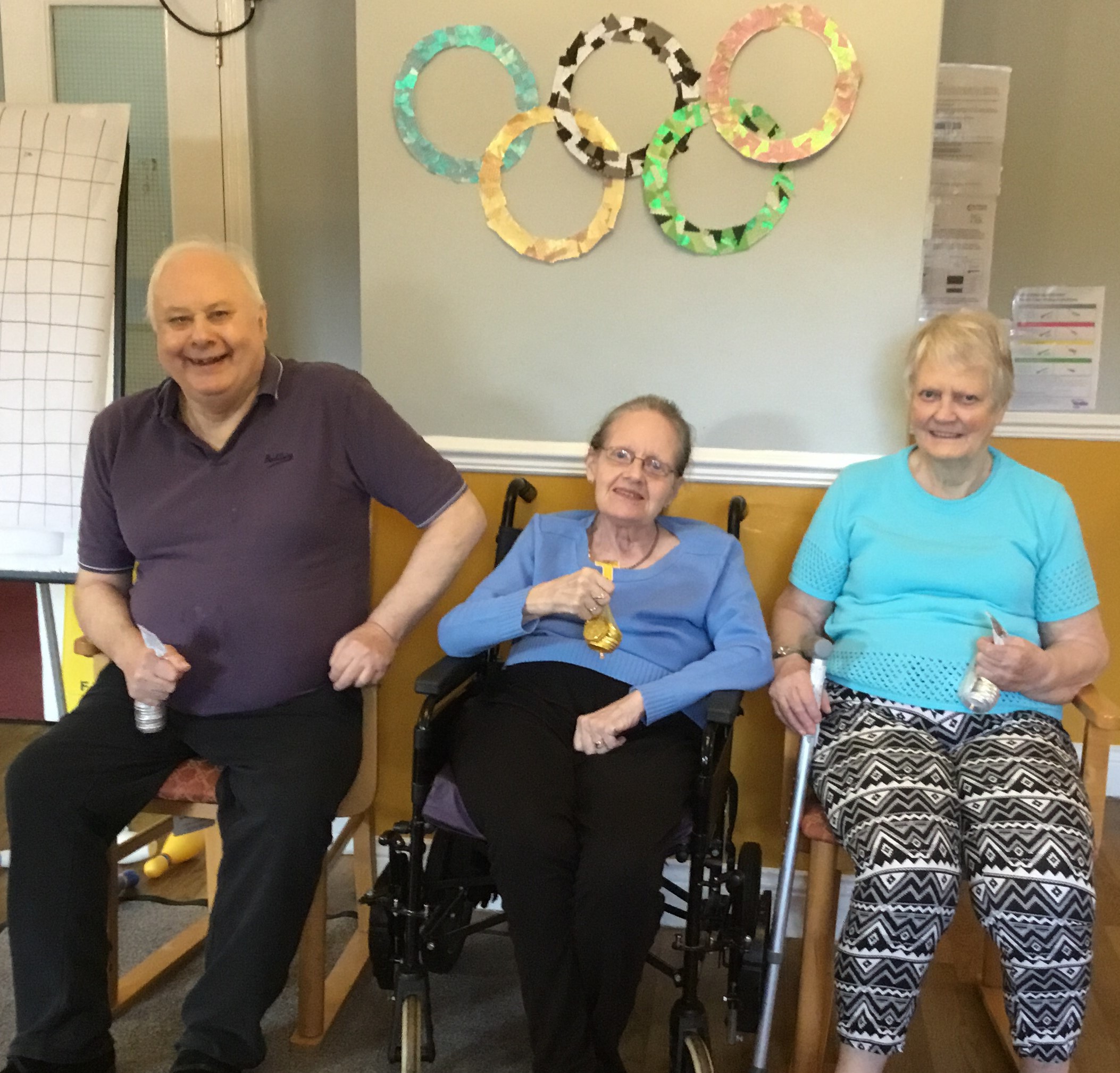