Residents and families at Annahilt Care Home will certainly be enjoying the summer in their garden this year with the addition of their brand new summer house in their garden due to the kindness of one man, Robert Sharland and the Trust he founded. 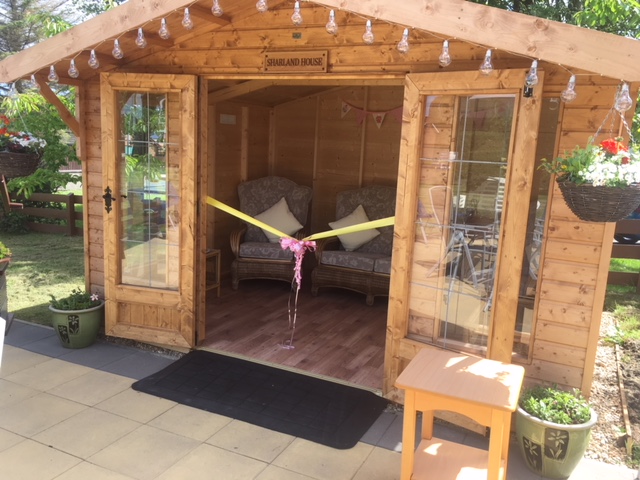 Robert Sharland was a local landowner, who founded The Robert Sharland Trust in 1833 to realise his wishes that his wealth be shared with older people living in the area. Honouring Robert’s wishes, the charity approached its local care home offering to provide something to enhance residents’ lives.

Annahilt was delighted to be chosen and asked its residents and care team to see what would really make a difference to the home.
Residents and colleagues decided that a summer house sited on the home's front garden patio would be perfect, as the location nice and accessible.

Organisers cleared the ground, sourced and built the wooden house and furniture and added decorations for a homely feel, including solar lights which light up at night. The summer house is aptly named Sharland House after its founder, with the name displayed above the doors. 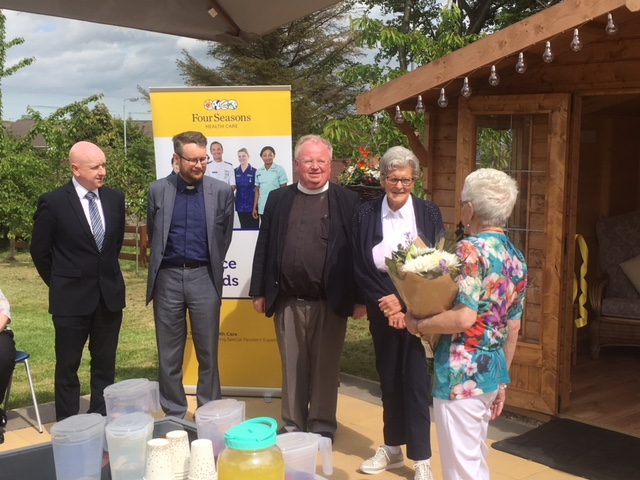 Residents enjoyed a special opening for the new house attended by relatives, Trustee members and Four Seasons colleagues. A member of the Trust gave a speech about the history of the area and how their work benefitted older people in the community.

A resident also gave a 'Thank you' speech saying what an asset the lovely summer house was and how they were looking forward to spending time in it over the coming summer months. She then presented gifts to the four Trustees.

It became an even more special event when long service awards were also presented to seven of the care team during the event.

“The residents are delighted by this new addition to the home. The sun shone and everyone enjoyed scones, tray bakes and a beautiful cake baked by one of our talented care assistants, Amanda. A very enjoyable afternoon was had by all.” 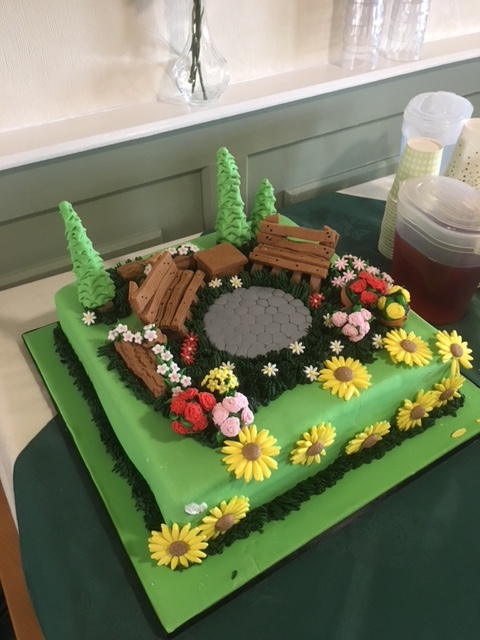